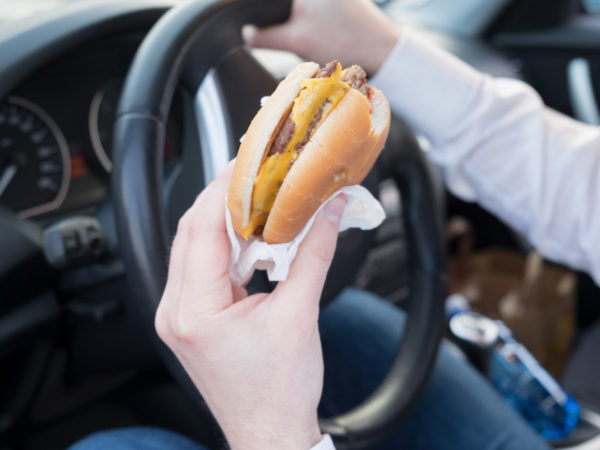 This is an interesting story: a blogger known as the “Food Babe,” single-handedly drew enough attention to the use of azodicarbonamide by fast-food restaurants to get at least one chain, Subway, to stop using it as a bleaching agent and dough conditioner. Reportedly, azodicarbonamide is used in breads and rolls served at McDonald’s, Starbucks, Arby’s, Wendy’s, Burger King, Kentucky Fried Chicken, and various grocery store chains and restaurants. The chemical enables faster and less-expensive bread making. Use of azodicarbonamide in food is banned by Australia and countries in the European Union.

Dangers to public health posed by azodicarbonamide appear to be slight based on what we know, which is very limited, as this chemical has not been widely studied. A 1999 assessment by the World Health Organization (WHO) found that studies in experimental mammals showed low acute toxicity and no irritation of the skin, eyes, or respiratory tract but could not identify adequate clinical studies of carcinogenicity and reproductive toxicity in animals or humans. However, the WHO assessment found “abundant evidence” from case reports and epidemiological studies in humans demonstrating that azodicarbonamide can lead to asthma and other respiratory symptoms, as well as skin sensitization in workers exposed to the chemical. Adverse effects on other systems in the body have not been studied. (I found only 68 studies in a search of the medical literature.)

The Washington-based Center for Science in the Public Interest (CSPI) also found that azodicarbonamide has been poorly tested despite the fact that commercial bakers have used it to strengthen dough for years. CSPI noted that semicarbazide, one of the breakdown products formed when bread containing it is baked, has been determined to cause cancers of the lung and blood vessels in mice, but according to CSPI, poses a negligible risk to humans. Another breakdown product, urethane, is a recognized carcinogen, and CSPI reported that when azodicarbonamide is used at its maximum allowable level, slightly increased levels of urethane are detected in bread that “pose a small risk to humans.”

In a press release, CSPI maintains that since breads can be made without azodicarbonamide and because its use slightly increases exposure to a carcinogen, it is not a chemical that we need in our food supply. The organization urged the FDA to consider whether the Delaney amendment applies in this case. That law bars the use of food additives that cause cancer in humans or animals.

Incidentally, in 2013 I reported on an International Study of Asthma and Allergies in Childhood (ISAAC) that enrolled nearly two million children in more than 100 countries published online on January 14, 2013 by the journal Thorax. It reported an association between fast food and severe asthma, eczema, and rhinoconjunctivitis (a runny or blocked nose accompanied by itchy and watery eyes). While the study didn’t prove that fast food was responsible, it raises a strong possibility that it might be a contributing factor in childhood illnesses.

I’ll be interested to see if any of the other chains that use bread made with azodicarbonamide follow Subway’s lead, but the use of this chemical is not the only reason to avoid fast food. The obesity epidemic and the threat to health it represents is a much more compelling reason to stay away from processed meals and choose real food instead.