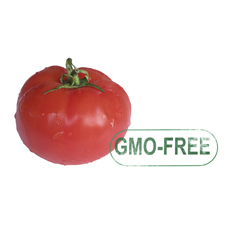 You’re referring to the DARK Act, which stands for Denying Americans the Right to Know, a description devised by opponents of the bill that was introduced in the U.S. House of Representatives in March of 2015. The Congressional sponsors are Mike Pompeo (R-Kan.) and G.K. Butterfield (D-N.C.) as well as nine other Republicans and eight other Democrats, most of whom are members of either the House Agriculture Committee or the Energy & Commerce Committee. They call their bill "The Safe and Accurate Food Labeling Act of 2015" and maintain that without this legislation, a patchwork of state GMO labeling laws could mislead consumers and increase food prices for families.

That’s not how opponents of the bill see it. They view the legislation as an attempt to block federal or state action to require labeling of GMO foods. They may have considerable public support once more people become aware of the DARK Act. In 2014, a Consumer Reports nationally representative survey found that 92 percent of Americans support labeling of GMO foods.

There are powerful food interests aligned against food labeling. Reportedly, Monsanto, the Grocery Manufacturers Association and others have already spent more than $100 million to prevent passage of GMO labeling requirements in Washington, California, Oregon and Colorado. In May 2014, the California legislature rejected a bill that would have required GMO labeling of foods in that state.

At the federal level, legislation introduced in the Senate by Senator Barbara Boxer (D-Calif.) and in the House of Representatives by Rep. Peter DeFazio (D-Ore.) would mandate national GMO labeling; it would help clear up confusion over misleading label claims, such as "natural."

The arguments for and against labeling are obvious:

If you support labeling of genetically engineered foods and oppose the DARK Act, I urge you to contact your representatives in Congress and make your views known. You can also support efforts by the Environmental Working Group, a Washington, D.C.-based advocacy organization, and other consumer oriented groups working to defeat the DARK Act.