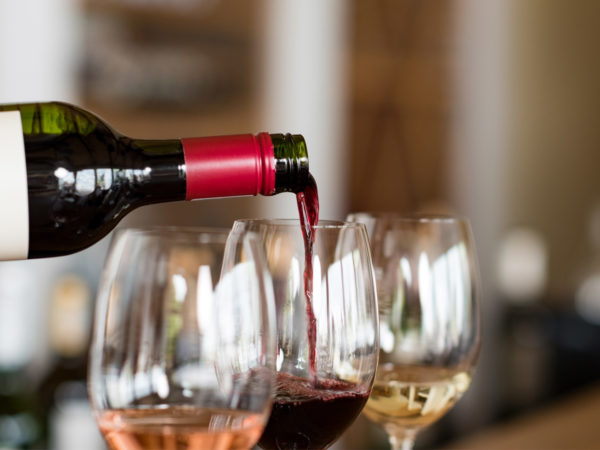 In March of 2015, the founder of a lab in Denver filed a proposed class action lawsuit in California. He alleges that his company’s tests showed arsenic levels in some low- cost California wines exceeding 10 parts per billion (ppb), the limit the U.S. Environmental Protection Agency (EPA) has established for arsenic in water. Arsenic occurs naturally in both soil and water and low levels are also present in fruits and vegetables. Inorganic arsenic is a carcinogen and has been linked to heart disease as well.

Reportedly, more than 1,300 bottles of wine were tested for arsenic, and almost one-fourth had levels higher than 10 ppb. Kevin Hicks, the founder of the testing lab, told CBS News that “the lower the price of wine on a per-liter basis, the higher the amount of arsenic.” Among the wines named as containing more than 10 ppb of arsenic were Trader Joe’s Charles Shaw (popularly known as “Two-Buck Chuck”) White Zinfandel, Ménage à Trois Moscato, and a Franzia White Grenache.

No U.S. agency currently places any limit on the amount of arsenic permitted in wine, although the European Union sets 100 ppb as the upper limit allowed in its member countries. Canada does the same. A statement from the Wine Institute, a California trade association, notes that California wine exports tested in the EU are below established limits there.

At issue is whether the 10 ppb arsenic limit for drinking water in the U.S. should be applied to wine. Because most people consume a lot more water than wine daily, 10 ppb, which translates to 10 micrograms per liter, makes sense for water. The EPA assumes that the average person drinks two liters of water daily (about 68 ounces or just over 8 cups). If you’re drinking two liters of wine per day, you’re in trouble (not necessarily from the arsenic).

Also to be considered in evaluating the danger of arsenic in wine is the reliability of the testing method used, which apparently hasn’t been described by the Denver-based company or independently confirmed. Some news reports have suggested that the lab, BeverageGrades, is taking advantage of the publicity surrounding its findings by promoting its arsenic-detecting services to winemakers. CBS reported that it tested four of the wines (though not necessarily the same vintages) listed in the lawsuit and found arsenic levels lower than the BeverageGrades results and one wine within the 10 ppb level established for water.

If you’re a wine drinker, you can take comfort from the fact that Europeans, who drink much more wine than Americans do, aren’t showing signs of arsenic poisoning. In France, for example, the per capita wine consumption is just shy of 46.4 liters per year compared to less than 11 liters per year in the U.S. Even countries with the lowest wine consumption in the EU exceed U.S. consumption and aren’t exhibiting arsenic concerns.