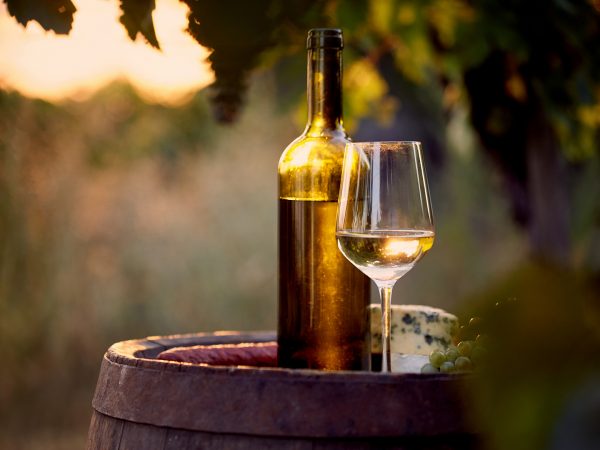 Wines produced under organic standards are becoming more and more available, and some are excellent. Many people who buy and eat only organically grown fruits and vegetables often don’t consider that the grapes grown to make wine might be sprayed with the same pesticides, herbicides, insecticides and fungicides used on other conventionally grown crops. In fact, on February 13, 2013, the wine trade journal Decanter reported on a study showing that 90 percent of samples from 300 French wines contained traces of at least one pesticide. The wines were analyzed for 50 different compounds from a range of pesticides and fungicides. Those most commonly found were ‘anti-rot’ fungicides, which are often applied late in the growing season. At least some of these chemicals may pose health risks. In May 2012, the French government officially recognized a link between pesticides and Parkinson’s disease in agricultural workers.

A previous survey of European and other wines, performed in 2008 by Pesticide Action Network UK, came up with results that align with those seen in the French study. I haven’t seen any similar studies of wines produced in the U.S.

I discussed the way grapes are grown with Véronique Raskin, founder and president of The Organic Wine Company, headquartered in San Francisco, Calif. In 1972, her grandfather, Pierre Fabre, a retired physician, began to grow organic grapes on the family’s 200 year-old vineyard, La Bousquette, in France’s Languedoc region. Ms. Raskin began importing organic wines from her family’s vineyard in France in 1979. Ms. Raskin notes that “people eat organic but haven’t expanded their thinking to drinking organic” and are not aware that “the grapes used to make most wines are conventionally grown and that grapes are one of the most heavily sprayed crops.”

In the United States, finding true organic wines can be a bit tricky. The National Organic Program, administered by the U.S. Department of Agriculture, holds that wine cannot be labeled “organic” if it contains sulfites, chemicals found naturally in grapes and also added in very small quantities to most wines to inhibit the yeasts and bacteria from grape skins that can proliferate and ruin the taste of wine. You can find wines labeled organic and sulfite-free, but if you’re a wine enthusiast, I’m told you probably won’t like them very much.

If you want to try wine made from organically grown grapes, advises Ms. Raskin, “check the label for the words ‘made from 100% certified organically grown grapes.’ If it doesn’t say that on the label, don’t buy it.” These wines do contain sulfites in very small amounts, up to about 100 parts per million, but that shouldn’t concern you unless you have asthma. Sulfites can cause constriction of the airways and precipitate an asthma attack. In 1986, the FDA banned the use of sulfites as spray-on preservatives for fresh fruits and vegetables (as used in salad bars) in response to 13 deaths and many illnesses linked to them, mostly in asthmatics. Sulfites are still used in some foods, such as dried fruit, as well as wine.

I enjoy an occasional glass of wine and mostly drink organic vintages. I have found excellent ones from France, Chile, Argentina, and the U.S.