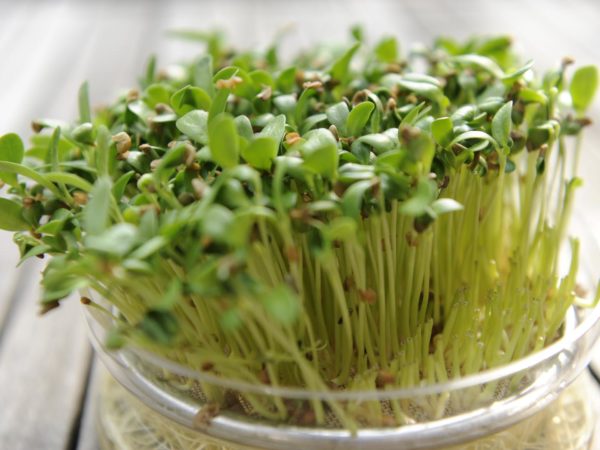 I have long advised against eating legume sprouts raw, as many contain natural toxins that are only broken down by cooking. (The toxin in alfalfa sprouts is canavanine, which can harm the immune system.) Aside from that concern, alfalfa and other types of sprouts may be contaminated with disease-causing bacteria. The latest outbreaks of foodborne illness linked to sprouts occurred in December 2015 and January 2016 and have been traced to alfalfa sprouts produced by Sweetwater Farms, LLC, of Inman, Kansas. Salmonella bacteria that contaminated these sprouts sickened 13 people in Kansas, Missouri, Oklahoma, and Pennsylvania. Five people had to be hospitalized.

Another sprout-related outbreak occurred in Minnesota and Wisconsin in February 2016, sickening 9 people. Here, the sprouts were tainted with E. coli and came from a Wisconsin farm.

Symptoms of foodborne illness frequently include diarrhea, fever and abdominal pain that begin 12 to 72 hours after exposure and last from 4 to 7 days although norovirus infections tend to run their course in one to 3 days. Diarrhea sometimes can be so severe that affected people have to be hospitalized. In those cases, without prompt antibiotic treatment the infection can spread from the intestines to the blood stream, then elsewhere in the body and can lead to death. Those most susceptible are children, the elderly, pregnant women and individuals with weakened immune systems.

According to statistics collected at the Colorado State University, from 1998 to 2014 various types of tainted sprouts have been responsible for 49 outbreaks of foodborne illnesses in the United States, affecting 1,737 people in 24 states.

Sprout-related outbreaks have so plagued the sandwich chain Jimmy John’s that it now warns customers who order online that “the consumption of raw sprouts may result in an increased risk of foodborne illness and poses a health risk to everyone. Click ‘Yes’ if you understand the potential risks or ‘Cancel’ if you’d like to continue without adding sprouts.”

Some retailers including Wal-Mart and Kroger are playing it safe and no longer sell sprouts.

I advise against eating sprouts raw or lightly cooked. In the case of alfalfa, that means not eating them at all, since cooking turns the delicate sprouts to mush. According to the FDA not even homegrown sprouts can be safely eaten raw, because many outbreaks have been traced to contaminated seeds. If the bacteria are in or on the seeds, they can flourish during sprouting even under clean conditions. Insist that sandwiches and salads in restaurants and delis be served without alfalfa sprouts, and if you do eat other bean sprouts, be sure to cook them thoroughly.