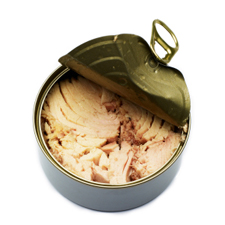 In June of 2014, the Food and Drug Administration (FDA) announced that it will update and expand its recommendations on the amount of fish pregnant women can safely consume. The new recommendation will allow two to three servings a week of shrimp, canned light tuna, salmon, pollock, catfish and other fish known to be low in mercury.

As you know, high levels of mercury from fish in pregnant women’s diets have inspired concerns regarding potential developmental problems in their children. For that reason, pregnant women have been cautioned to limit their fish consumption.

Beyond the FDA’s planned update, a study published in January of 2015 concluded that eating lots of fish during pregnancy did not lead to developmental problems in the children of women in the Seychelles, a cluster of islands in the Indian Ocean off the east coast of Africa. Women there typically eat about 12 fish meals a week and as a result, their mercury exposure is about 10 times higher than that of average Americans. But after three decades of study, the team found no link between fish consumption during pregnancy and developmental problems in children.

The researchers collected blood samples from the mothers in their 28th week of pregnancy to assess their consumption of the beneficial omega-3 fatty acids found in fish. The study team also gathered a hair sample from the women at delivery in order to evaluate their prenatal mercury exposure. In addition, the mothers-to-be filled out a questionnaire in which they estimated their weekly fish consumption. When the babies were 20 months old, the researchers administered tests to weigh their communication, behavior and motor skills.

The outcome of the study might mean that the omega-3s in fish protect the brain from the toxic effects of mercury, but the investigation was not designed to show cause and effect, and revealed only an association between fish consumption during pregnancy and normal child development. Some of the babies born during the study are now in their 20s and, according to the researchers, are leading normal, healthy lives.

The only link the researchers reported between developmental problems and the mothers’ diets occurred among the children of women who had low levels of omega-3s along with high levels of omega-6 fatty acids during pregnancy. The latter are associated with polyunsaturated fats such as soy and corn oils, and with grain-fed meat consumption.

This isn’t the first study to show that eating fish during pregnancy is not harmful to children. Research published in the February 17, 2007, issue of The Lancet compared the children of women who ate no fish during pregnancy to those who ate up to 12 ounces per week and to those who ate more than 12 ounces per week. It showed that the children whose mothers avoided fish had nearly double the risk of a low IQ at age eight. The children who did the best in the IQ testing were those whose mothers ate more than 12 ounces of fish per week while pregnant.

We also know that the effect of ingested mercury by pregnant women from all sources – not just fish – in the U.S. appears to result in a lowering of the child’s IQ by an average of less than one point. Meanwhile the effect of an omega-3 deficiency as a result of avoiding fish is far more dramatic: a drop of five or six IQ points.