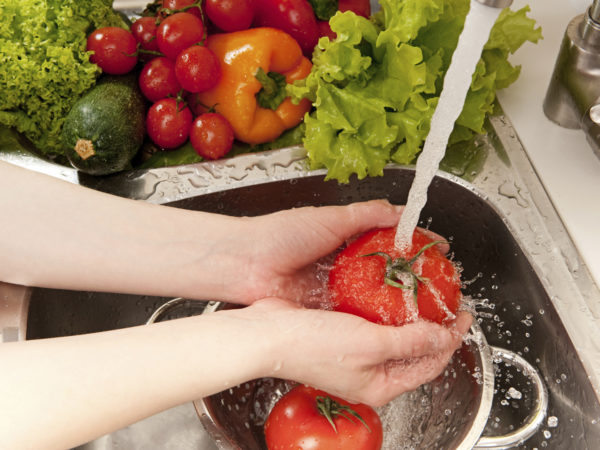 You may be surprised to hear that every year some 1,600 Americans develop listeriosis and 260 of them die due to this disease, which is caused by eating food contaminated with the bacteria Listeria monocytogenes, which occurs in soil and water and can cause severe diseases (i.e. septicemia, meningitis, and encephalitis). Both animal and vegetable foods can become contaminated from soil or from manure used as fertilizer. Animals can carry the organism without appearing ill. Listeria is killed by pasteurization, and should be destroyed by the heat used to cook ready-to-eat meats. However, less-than-optimal manufacturing practices can allow contamination to occur after processing.

Fortunately, healthy people rarely become ill from eating food contaminated with Listeria. The risk is greatest among pregnant women, newborns, the elderly and those with weakened immune systems. Infections during pregnancy can lead to miscarriages, stillbirths, and infections in newborn infants. In adults, symptoms can take up to eight weeks to appear and are similar to the early symptoms of flu; fever, muscle aches, and, sometimes, nausea or diarrhea. More serious symptoms including headache, stiff neck, confusion, loss of balance, or convulsions, which suggest that the infection has spread to the nervous system.
To avoid contamination, be sure to cook meat thoroughly, wash vegetables carefully before eating, and scrub your hands, knives and cutting boards after handling uncooked animal foods. If you’re in the high-risk group, follow these precautions recommended by the U.S. Centers for Disease Control: