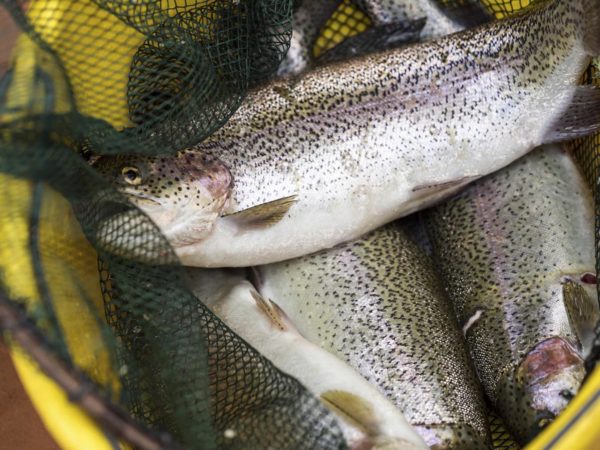 This is an issue that comes up periodically. One of the first salmon scams was reported in 2005 by the New York Times, which sent a reporter to buy salmon advertised as “wild” at eight stores in the city. Tests showed that six of the eight pieces were farmed, not wild. The same year Consumer Reports bought both farmed and wild salmon first in the summer and again in November and December at stores in several different states and had the fish tested. Of the 27 pieces of salmon bought in the summer – the height of salmon fishing season – all were correctly labeled. But of the 17 pieces of fish bought in November and December seven turned out to be farmed. In March 2006, shopping was confined to the stores that had sold the mislabeled salmon. This time, all of the “wild” salmon purchased turned out to be farmed.

The latest chapter in this dispiriting story comes from the non-profit ocean conservation group Oceana, which has released a new study showing that 43 percent of 82 salmon samples from restaurants and grocery stores were mislabeled. In 69 percent of the cases farmed Atlantic salmon was being sold as wild.

Oceana reported that 48 percent of the samples bought in several Virginia cities, 45 percent of those bought in Washington, D.C., 38 percent in Chicago, and 37 percent in New York were mislabeled. In addition to farmed salmon being sold as wild, Oceana found that samples labeled as a specific type of salmon, such as Chinook (King), turned out to be different species in DNA testing.

Unfortunately, there’s no way to tell at a glance whether salmon is wild or farmed. Once you’ve eaten wild salmon, you may be able to recognize the taste – it’s more pronounced than farmed salmon and the flesh is firmer.

I recommend wild Alaskan salmon because it is delicious and a good source of health-protective omega-3 fatty acids. I also have concerns about potential contaminants in farm-raised salmon, although I recognize that this is a complex issue and that some farmed salmon is of acceptable quality.

If wild salmon isn’t readily available where you live, you can order it online from one of my favorite sources, Vital Choice Seafood (www.vitalchoice.com). Its wild Alaskan salmon is flash-frozen when caught and comes from sustainable, well-managed fishing operations. If fresh or frozen wild Alaskan salmon is too pricey for your food budget, you can get the same omega-3 fatty acids found in it from canned sockeye (red) salmon sold in supermarkets. (It’s all wild – sockeye cannot be farmed).