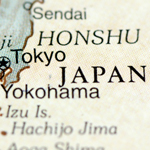 Concerns about a threat to the food supply worldwide were voiced soon after Japan’s nuclear accident in 2011. But worries about levels of radiation in edible fish escalated in May of this year (2012) with publication of a study that reported the presence of low levels of radiation in bluefin tuna caught off the California coast. The study, published online on May 29, 2012 by the journal Proceedings of the National Academy of Sciences, found small amounts of two radioactive isotopes, cesium 137 and cesium 134, in the fish. The investigators noted that cesium 137 was present in the eastern Pacific before Japan’s nuclear accident but cesium 134 was not. We know that cesium 134 is produced only by power plants and weapons, so the researchers concluded that what was found in the fish had to have come from the Japanese reactor.

Bluefin tuna spawn off Japan, and many of them migrate across the Pacific. Scientists who have tagged tuna have found that some of these fish really get around. One 200-pound specimen that researchers named "Terry" crossed the Pacific three times in 20 months. The ones tested in the study were likely exposed to radiation in Japanese waters when they were only a few months old, judging by their size when they were caught near California. A few other things you should know about bluefin tuna: they’re big – up to 12 feet long and 1,500 pounds. The Japanese consume 80 percent of the world’s Pacific and Atlantic catch. (A sliver of bluefin prepared as sushi costs $24 at high-end Tokyo restaurants, according to the Huffington Post.) We don’t consume much bluefin in the U.S.; most of the tuna we eat is yellowfin.

Scientists say that levels seen in the study are not high enough to warrant concern at present. One member of the research team, Nicholas Fisher, professor of marine sciences at the State University of New York at Sony Brook, has said that the trace levels of cesium 137 found in the fish are not high enough to make you sick and that at current levels you could eat about 35 pounds of bluefin per year before you would run into problems.

Even before the nuclear accident, the Monterey Bay Aquarium’s Seafood Watch recommended avoiding bluefin tuna because the species has been overfished. For reliable information about fish and seafood, I suggest keeping an eye on this informative site, which aims to raise awareness of the link between the seafood we eat and the health of the oceans. Another good source of information on fish and seafood is the Environmental Defense Fund. I’m sure we’ll hear about it if more fish from the Pacific are found to be contaminated by the radiation from Fukushima.