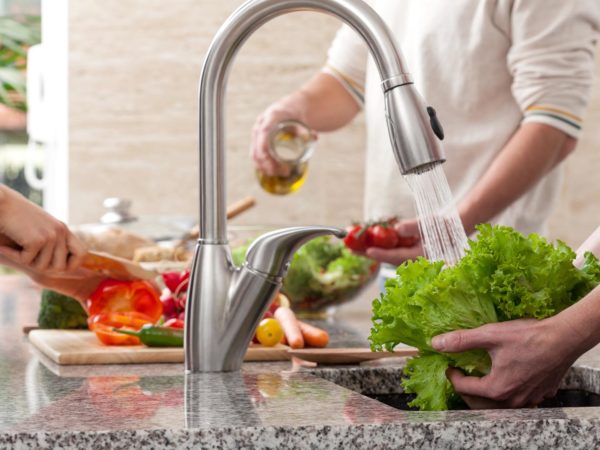 Wondering about salmonella in eggs? Worried about mad-cow disease? Take some time to discover how can you eat safely in an industrialized world – the key is to make informed choices.

Salmon
Salmon is a great source of omega-3 fatty acids, which can protect against heart attack, stroke, cancer, and inflammatory diseases like rheumatoid arthritis. However, the type of salmon you eat matters:

Beef
For a variety of reasons, people would do well to eat fewer foods of animal origin in general, and less beef in particular. Some potential problems can be avoided with the following measures.

To minimize the chance of exposure to mad cow disease (also known as Bovine Spongiform Encephalopathy, or BSE) follow these guidelines:

To avoid contamination from bacteria, especially dangerous strains of E. coli, always prepare meat separately and cook meat thoroughly before consuming it. Never prepare other food items with utensils used to prepare raw meat, such as knives, before cleaning them.

Eggs
To avoid salmonella enteritidis (SE), a common cause of food poisoning with many cases traced to eggs, do the following:

Fruits and Vegetables
Produce is very nutritious, providing minerals, vitamins, fiber, and protective compounds but it can also harbor toxins and contaminants.

Try to eat organic produce whenever possible. Organic produce is grown without the use of toxic agrichemicals. Inform yourself about which fruits and vegetables tend to have the most toxic residues (see the website of the Environmental Working group in Washington, D.C., at www.ewg.org).