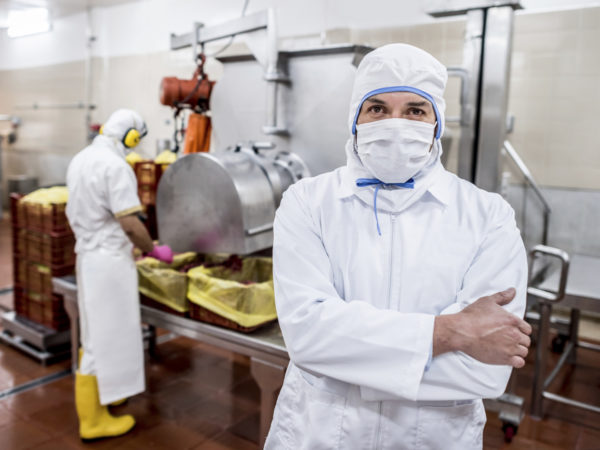 True, I don’t eat beef – or chicken – but I did read a powerful article published in The New York Times on October 4, 2009. It was a chilling look at what is actually in hamburger meat and at the danger presented by pathogens such as E. coli, some strains of which can make some people very sick and even kill them.

Contrary to what many consumers believe, the hamburger meat you see neatly wrapped in the supermarket or the burgers you buy at fast food outlets don’t come from a single source. The Times investigation found that a burger can contain meat from a number of different sources, including fat and trimmings from better cuts of beef – scraps once used only for pet food or making industrial tallow.

The article told the story of a 22-year-old Minnesota woman who became deathly ill after eating a hamburger contaminated with E. coli. This pathogen is found mainly in the fatty trimmings added to hamburger meat, which are more likely than other ingredients to have come into contact with feces. In this case, the burger itself came from Cargill, a privately owned food giant that had $116.6 billion in revenues in 2008. The article stated that Cargill doesn’t test the meat that flows into its facilities, just the end products which contain a mix of meat from its various suppliers.

The reporter who wrote the article traced the burger that sickened the Minnesota woman back to its source. Here’s how he described this E. coli laced offering: “a mix of slaughterhouse trimmings and a mash-like product derived from scraps that were ground together at a plant in Wisconsin. The ingredients came from slaughterhouses in Nebraska, Texas and Uruguay, and from a South Dakota company that processes fatty trimmings and treats them with ammonia to kill bacteria.”

Although federal inspectors found that Cargill was violating its own safety procedures, the Times reported that “they imposed no fines or sanctions, records show.”

This is an illuminating article that should be required reading for anyone who routinely eats hamburgers and mistakenly believes that meat is adequately inspected or that its safety is assured. The only gold star in this article went to Costco, the warehouse club that tests trimmings for E. coli before grinding them with other meat, no matter what its suppliers have said about prior testing and safety. According to the Times, one meat producer, Tyson, won’t sell to Costco because the firm doesn’t think it is necessary for its products to be tested by its customers.

Safety testing of meat seems to be random rather than routine. The Department of Agriculture conducts 15,000 tests per year at thousands of plants and retail stores, but told the Times that this effort is not meant to be comprehensive. Certainly meat producers don’t want people to get sick – but industry resistance to testing documented by the Times makes me wonder about how costs are balanced. Is it cheaper to pay medical expenses for consumers who do get sick than to test for pathogens more rigorously?

The safest burgers may be the ones you cook yourself. You can ask the butcher at the supermarket to grind a steak for you; when you cook it, make sure the internal temperature reaches 160 degrees, which is high enough to kill E. coli. If you buy meat already ground or formed into packaged patties, be aware that you’re taking a risk. The odds are probably on your side – except when they’re not.

Cargill reportedly is paying for the physical therapy of the Minnesota woman who got so sick from eating one of its burgers. She survived her devastating illness, but the Times reported that her doctors doubt that she’ll ever walk again.