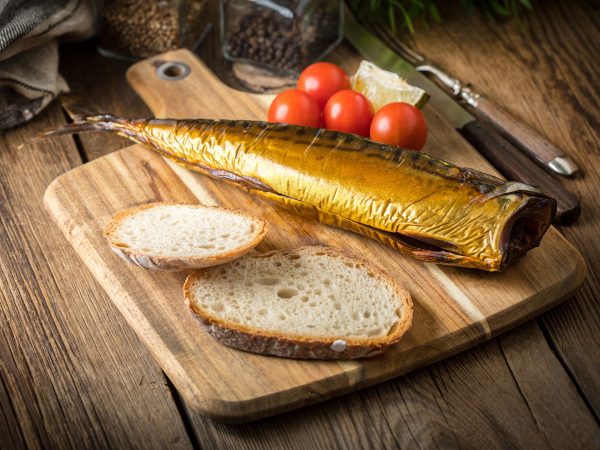 The short answer to your question about omega-3s in smoked fish is that we don’t know. The issue is whether smoked fish belong in the same category as processed meats. As you may know, in 2015 the World Health Organization’s (WHO) International Agency for Research on Cancer (IARC) concluded that processed meat is a carcinogen and that red meat is a “probable” carcinogen. It considers “processed meat” to be any type that has been “transformed through salting, curing fermentation, smoking, or other processes to enhance flavor or improve preservation.” This definition applies to hot dogs, bacon, sausage (including chicken and turkey bacon and sausage), cold cuts and canned meat. Red meat includes beef, pork, lamb, veal, mutton, goat and horse.

Cancer researchers haven’t yet determined if smoked fish poses health risks similar to processed meat, although the American Institute for Cancer Research has concluded that it poses at least some risk. Possibly, the smoking, salting or brining involved causes chemical changes in the fish, creating carcinogenic compounds.

An increased risk of nasopharyngeal cancer has been associated with the consumption of Cantonese-style salted and fermented fish, a favorite in Southern China. According to the World Cancer Research Fund, there is strong evidence that preserving foods by salting increases the risk of stomach cancer. For the record, three ounces of fresh, baked salmon gives you 51 milligrams (mg) of sodium while one ounce of smoked salmon contains 222 mg and one ounce of lox will give you 567 mg.

Part of why we know so little about any health risks stemming from eating smoked and cured fish in the U.S. is because we don’t consume nearly as much of it as we do of bacon, sausage and deli meats.  As for omega-3 fatty acids, research indicates that levels in smoked salmon are comparable to those in fresh salmon. The amount of omega-3s available in salmon and their oil depends on what the fish eat. Wild salmon get these fats from plankton and small fish. Farmed salmon get them from their feed (although as I reported in 2015 at least some farmed salmon feed no longer contains the optimum amount of omega-3 oils).

Source:
World Cancer Research Fund, “Preservation and processing of foods and the risk of cancer,” wcrf.org/dietandcancer/exposures/preservation-processing