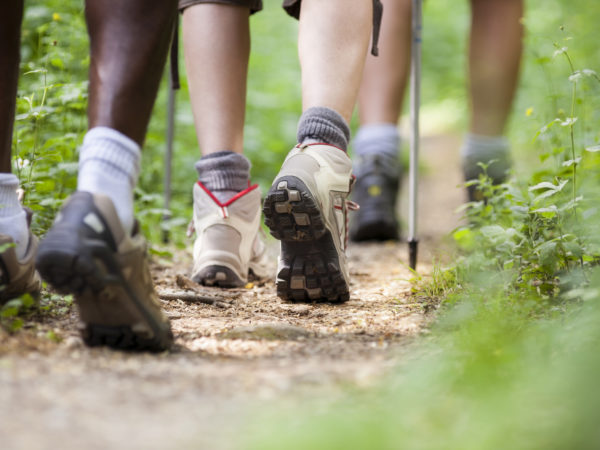 The four-day diet you refer to was part of the protocol in a scientific study led by researchers from Spain and Sweden. The investigators wanted to see if lasting weight loss could come from a program of drastically reduced calories and even more drastically increased exercise. You can find news accounts of the study, but if you do an Internet search for “four day diet,” you’ll come up with various plans that have nothing to do with the clinical trial.

For their study – published online in the Scandinavian Journal of Medicine & Science in Sports in March 2014 – the Spanish and Swedish researchers recruited 15 healthy but overweight Swedish men and put them on a daily diet of only about 360 calories, a huge cutback of approximately 1,800 less calories per day. The calories the men did consume came from either high protein or sugary carbohydrate drinks. The exercise part of the program was equally intense: on each of the four days, the men first spent 45 minutes exercising on an arm-pedaling machine for an upper body workout. Then they all spent eight hours walking in the Swedish countryside. They got a 10-minute break every hour and could drink as much of a low-cal sports beverage as they wanted during the walks.

After the four grueling days, the researchers found that each of the men had lost almost 11 pounds. About half of that came from body fat, the rest from muscle mass. The researchers reported that they had expected the high-protein drink would protect against loss of muscle, but there was no difference in where the losses came from whether or not the men drank it.

The researchers wrote that they thought the men would gain weight quickly once the study ended, but got a surprise: a month later, they had all lost an average an additional two pounds of body fat. And after a year, they were still down by five pounds of fat. The researchers had no explanation for the sustained loss other than speculation that the study, and its short-term success, may have inspired the men to change their lifestyles.

One of them told the New York Times that most of the men “were surprised that [the study] was easier than they thought it would be.” None dropped out or complained about hunger, he said. The worst side effects of the four-day ordeal were some blisters on the feet and “minor problems” with joint pain.

The same research team plans to try the four-day plan in women to see if it works equally well and to study whether repeated bouts of the program might affect muscular health and appetite hormones.

This diet is an extreme variant of intermittent fasting (IF). Less drastic versions of IF may offer health benefits, but I wouldn’t try this particular program on your own even if you have eight hours a day to devote to walking.