The new findings come from a five-year University of Louisville study that included 408 people, largely at elevated risk for cardiovascular diseases. In addition to collecting blood and urine samples from the study group, the investigators measured the density of greenspaces and levels of air pollution near all of their homes. The tests revealed lower levels of the hormone epinephrine among participants who lived in the greenest areas, which suggests they have lower levels of stress. The investigation also showed that these participants had a higher capacity to repair blood vessels and experienced less oxidative stress (the challenge posed by the constant production of free radicals in the normal course of metabolism in addition to other pressures the environment brings to bear). The researchers reported that their findings were independent of the study participants’ age, sex, ethnicity, smoking status, neighborhood deprivation, the use of statin medications and roadway exposure. Study leader Aruni Bhatnagar, Ph.D., suggested that increasing the amount of vegetation in a neighborhood “may be an unrecognized environmental influence on cardiovascular health.”

My take? These welcome new findings add to what we know about the health benefits of forest therapy, which entails spending time in the woods as an antidote to the sometimes-jarring sounds, sights, and smells of city life. Researchers in Japan, where forest therapy originated, have learned that its’ benefits include lower levels of salivary cortisol, a hormone that rises when we’re under stress. Forest therapy can also lower blood pressure and heart rate and trigger a dramatic increase in the activity of natural killer (NK) cells (produced by the immune system to ward off infection and fight cancer). Spending three days in the forest has been shown to increase NK activity by 50 percent, a beneficial effect that can last up to one month. This new study suggests that living in green neighborhoods may have similar benefits. 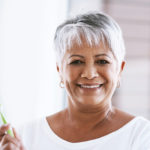 A Habit That’s Good For Your Heart