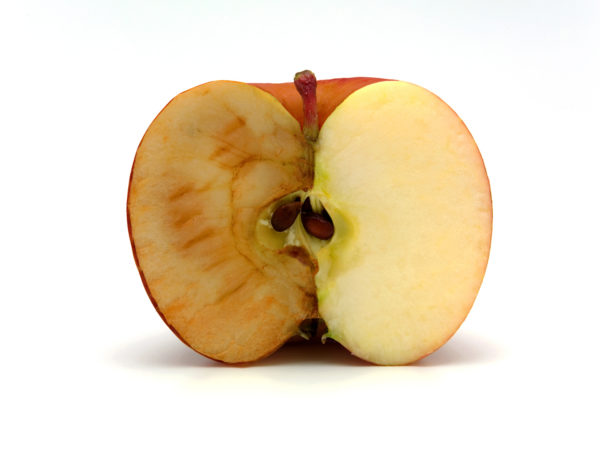 The terms oxidative stress and free radicals have become familiar in recent years, but I’m sure you’re not the only one who doesn’t fully grasp their meaning. I’m happy to give you a quick overview of a complex subject. If you want to learn more, I recommend reading the chapter, “Why We Age” in my book, Healthy Aging: A Lifelong Guide to Your Physical and Spiritual Well-Being (Knopf, 2005) and Oxygen: The Molecule That Made the World, by Nick Lane (Oxford University Press, 2004).

“Oxidation” is the chemist’s term for the process of removing electrons from an atom or molecule. The result of this change can be destructive – rusting iron is a familiar result of oxidation. Here, oxygen is the responsible agent, but other oxidizing agents, such as chlorine, can be as harsh.

Although we need oxygen to live, high concentrations of it are actually corrosive and toxic. We obtain energy by burning fuel with oxygen – that is, by combining digested food with oxygen from the air we breathe. This is a controlled metabolic process that, unfortunately, also generates dangerous byproducts. These include free radicals – electronically unstable atoms or molecules capable of stripping electrons from any other molecules they meet in an effort to achieve stability. In their wake they create even more unstable molecules that then attack their neighbors in domino-like chain reactions.

By the time a free radical chain fizzles out, it may have ripped through vital components of cells like a tornado, causing extensive damage, similar to that caused by ionizing radiation.

Oxidative stress is the total burden placed on organisms by the constant production of free radicals in the normal course of metabolism plus whatever other pressures the environment brings to bear (natural and artificial radiation, toxins in air, food and water; and miscellaneous sources of oxidizing activity, such as tobacco smoke).

Our bodies aren’t helpless in the face of these assaults. We have defenses against oxidative stress in the form of physical barriers to contain free radicals at their sites of production within cells; enzymes that neutralize dangerously reactive forms of oxygen; substances in our diets (such as vitamin C and vitamin E) that can “quench” free radicals by donating electrons to them and cutting off the chain reactions early in their course; repair mechanisms to take care of oxidative damage to DNA, proteins and membranes; and complex stress responses that include programmed cell suicide if damage is too great.