A Cure For Anxiety? News about anxiety comes from the University of California, Berkeley where researchers found that after a night of no sleep, brain scans showed a shutdown of the part of the brain that normally keeps anxiety in check. A good night’s sleep has the opposite effect, the study found, one that decreases anxiety overnight by reorganizing connections in the brain, according to study senior author Matthew Walker, a Berkeley professor of neuroscience and psychology.

To arrive at these findings the researchers scanned the brains of 18 young adults as they watched emotionally stirring video clips after a full night of sleep, and again after a sleepless night. The team measured the study participants’ anxiety levels after each session using a specially designed questionnaire. After a full night’s sleep, the participants’ brain waves were measured by placing electrodes on their heads. Results showed that their anxiety levels declined significantly compared to the period following a sleepless night. The research also included an online study that involved tracking 280 people of all ages about how their sleep and anxiety levels changed over four consecutive days.

My take? This is welcome research. Surprisingly, there has been little experimental investigation on the connection between sleep and emotions. We’ve known for some time that sleep deprivation generally makes healthy people less optimistic, less sociable and more sensitive to physical pain. An earlier study from the University of Pennsylvenia found that subjects limited to four to five hours of sleep per night for one week reported feeling more stressed, angry, sad, and mentally exhausted. Their moods improved dramatically when they resumed normal sleep. Any lifestyle strategy focused on improving mood should ideally address sleep and sleep hygiene. 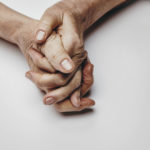 Sleeping Long Enough To Save Your Life