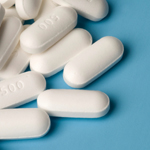 First, here’s some background for those who haven’t followed the latest news on vitamin D and calcium. On November 30, 2010, the Institute of Medicine (IOM), an arm of the National Academy of Sciences, recommended increasing the amount of dietary vitamin D most Americans and Canadians should get daily to 600 international units (IUs), triple the 200 IUs recommended in 1997.

The IOM said it based its recommendation on levels of vitamin D needed for bone strength and said that there isn’t enough evidence to demonstrate that low vitamin D causes chronic diseases, as some new research suggests. In fact, low levels of D have been linked through population studies with a higher incidence of autoimmune diseases, a number of types of cancer, psoriasis, and diabetes. The IOM recommended that everyone from infancy through age 70 get 600 IUs of vitamin D daily and that those age 71 and over get 800 IUs daily.

I disagree with these conclusions and will continue to recommend that everyone get 2,000 IU of dietary vitamin D daily.

My calcium recommendations also remain the same: women who don’t get adequate calcium from their diets should supplement with 500 to 700 mg of calcium citrate in two divided doses taken with meals, for a total daily intake of 1,000-1,200 mg from all sources. Men should aim for 500 mg from all sources. I don’t recommend calcium supplements for men. (Higher amounts have been linked to increased risks of prostate cancer.) Men should also watch their dairy intake.

I was interested in the comments of my friend and colleague, vitamin D researcher Michael Holick, M.D., Ph.D., in news reports of the IOM recommendations. Dr. Holick told National Public Radio that he sees no downside to increasing vitamin D intake. "When I’ve been recommending for the past decade that people take more than the (officially recommended) 200 units, there was a lot of skepticism. Now they’re recommending three times what we recommended in 1997. "I suspect a decade from now that they’ll be recommending another three- or four-fold higher increase," Holick predicts.

I agree. What’s more, I don’t think there is any possibility of harm in taking the vitamin D dosage I recommend. And I believe evidence will continue to come in supporting the preventive benefits of the dosage I recommend, and possibly even higher.