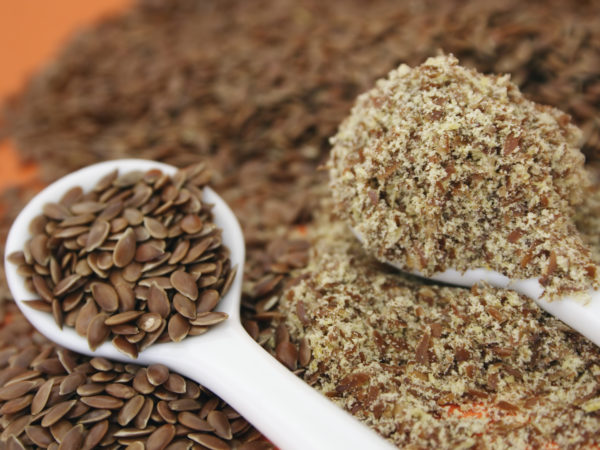 Two studies presented at the 2007 meeting of the American Society of Clinical Oncology, an association of cancer specialists, suggest that both flaxseed and ginseng can help patients. Mayo Clinic researchers reported that American ginseng (Panax quinquefolius) eased cancer-related fatigue. A group of 282 patients were randomly assigned to take 750 mg, 1,000 mg or 2,000 mg of Wisconsin-grown American ginseng or placebo for eight weeks. Those on the two highest ginseng doses reported that their fatigue was either moderately or very much improved. The 1,000 mg dose seemed to work best. A study to confirm these results is in the works. The researchers warned that commercially available products may not be as pure as the Wisconsin ginseng they used. Quality of this herb does vary widely, so look for standardized products that indicate the ginsenoside content (ginseng’s biologically active compounds).

Another study, from Duke University, suggested that flaxseed can slow prostate tumor growth. Flaxseed is an excellent source of alpha-linolenic acid (ALA), the type of omega-3 fatty acid found in plants. (Diets rich in omega-3s are associated with reduced risks of heart attacks and stroke and also lower risks of breast, prostate and colon cancers.)

The 160 men who participated in the Duke study were divided into four groups. One group took 30 grams of freshly ground flaxseed daily (about three rounded tablespoons) mixed in drinks or sprinkled on food. The second group took the same amount and went on a low-fat diet; a third group did the diet without flaxseed, and the fourth group made no changes in diet or supplement use.

After surgery, the research team found that cancer cells from the tumors of the men who took flaxseed – whether or not they were on the low-fat diet – were dividing at a slower rate than tumor cells from the other men. These findings will need to be confirmed by further studies before the details and benefits are fully known, but meanwhile, men can safely add freshly ground flaxseeds to their diets but shouldn’t use flaxseed oil, which might increase prostate cancer risk. Ground flaxseed provides fiber and lignans, compounds with phytoestrogenic activity that probably are responsible for the tumor slowing effect; most flaxseed oils lack both of these.