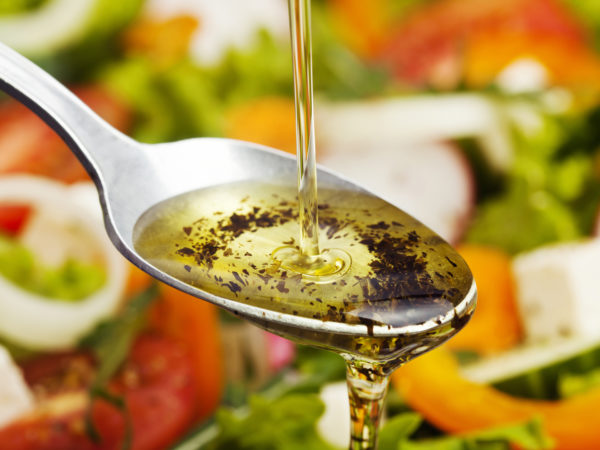 The body needs omega-3 and omega-6 fatty acids but can’t make them, which is why they’re termed “essential” – we must get them from our diets. Omega-9 fats are described as “non-essential,” because our bodies can synthesize them from other things we eat, and we don’t have to depend on direct dietary sources to obtain them. The main omega-9 is oleic acid, found in olive oil, canola oil, peanut oil and sunflower oil.

Omega-3s and omega-6s are polyunsaturated fatty acids that differ from each other in chemical structure and function. Modern diets contain few omega-3 sources, mainly the fat of cold water fish such as salmon, sardines, herring, mackerel, black cod, and bluefish. Walnuts and flaxseeds contain a precursor omega-3, alpha-linolenic acid (ALA), which can be converted by the body. There are two critical omega-3s: eicosapentaenoic acid (EPA) and docosahexaenoic (DHA), which are the building blocks for hormones that control immune function, blood clotting, and cell growth as well as components of cell membranes.

Omega-3s are plentiful in diets of unprocessed foods and where grazing animals eat grass. By contrast, today’s western diets are overloaded with omega-6s, mainly in oils extracted from seeds and nuts, and from the meat of animals that are fed grain. Refined vegetable oils, especially soy oil, are used in fast foods, most snack foods, cookies, crackers, and sweets are the major source of excess omega-6s in the diet.

Hormones derived from omega-6 fatty acids tend to increase inflammation (an important component of the immune response), blood clotting, and cell proliferation, while hormones from omega-3 fatty acids have the opposite effect. We need both of these essential fats in the right balance. Many nutrition experts believe that before we relied so heavily on processed foods, humans consumed omega-3 and omega-6 fatty acids in roughly equal amounts. But today most North Americans and Europeans get far too many omega-6s and not enough omega-3s. This imbalance may explain the rise of asthma, coronary heart disease, many forms of cancer, autoimmunity and neurodegenerative diseases, all of which are believed to stem from inappropriate inflammation in the body.

Omega-9s may benefit health by helping to lower LDL (“bad”) cholesterol and raise HDL (“good”) cholesterol. They may also play a role in controlling blood sugar. But the body can make these fats as it needs them; you don’t need to supplement with them. In omega-3 supplements that include omega-9, the “9” just takes up space. Don’t buy into the marketing hype that you need a supplement that gives you a “balance” of omega-3, -6 and -9. The only one you need to take is omega-3.