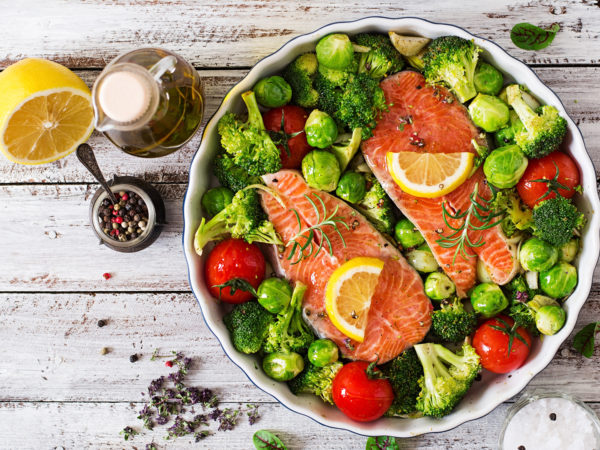 Choline is a micronutrient needed for nerve signaling, cholesterol transport, energy metabolism and maintenance of cell membranes. In the body, most choline is contained in phosphatidylcholine, a constituent of lecithin, which occurs in some fatty foods like egg yolks, and is also produced by the liver if the diet provides adequate amounts of choline. As an important component of cell membranes, lecithin is needed by every cell of the body. Without lecithin, liver metabolism is deranged, leading to “fatty liver” and eventually chronic liver failure. Choline also is a precursor for acetylcholine, a neurotransmitter vital to nerve and muscle function.

There is no RDA for choline. Instead, an “adequate intake” of 550 milligrams per day for men and 425 for women was set in 1998. However, recent research suggests that some people need more. A small study published in the May 2007 issue of the American Journal of Clinical Nutrition found that men and postmenopausal women may develop fatty liver even with “adequate” choline intake. The study included 26 men, 16 premenopausal women and 15 postmenopausal women, all of them healthy. For 10 days, the participants followed a diet that gave them the adequate intake of 550 milligrams of choline. For the next 42 days, their choline intake was cut to less than 50 mg daily. Some participants were randomly assigned to take a daily supplement of 400 mcg of folic acid.

The investigators concluded that men and postmenopausal women need more choline than today’s “adequate intake.” And while earlier research indicated that most Americans get plenty of this nutrient, a recent study from Iowa State found that only 10 percent or less of older children, men, women and pregnant women actually get enough.