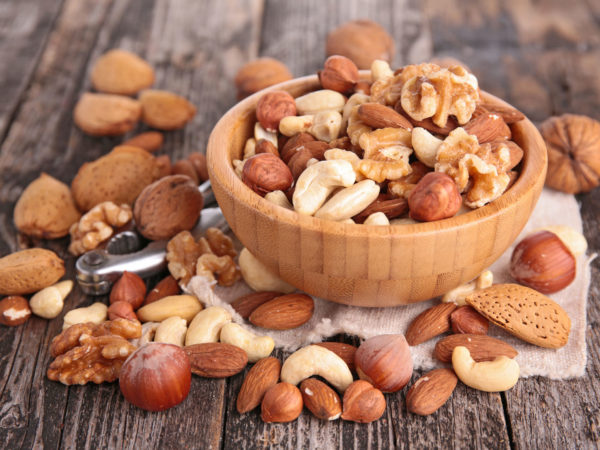 Manganese is a mineral that we need in small amounts for normal growth and good health. It is a constituent of some of the enzymes in our bodies and an activator of other enzymes, some of which play key roles in the metabolism of carbohydrates, amino acids and cholesterol. In some animal species, manganese deficiency results in abnormal skeletal development and impaired growth and reproductive function. In humans, low manganese levels in blood or tissues have been associated with osteoporosis, diabetes, and epilepsy.

The average dietary intake of manganese in the United States is estimated at 2.1 to 2.3 mg per day for men and 1.6 to 1.8 mg for women, but those on vegetarian diets or diets emphasizing whole grains may get as much as 10.9 mg daily. The best food sources besides whole grains are nuts, leafy vegetables, and tea (although tannins in tea may inhibit manganese absorption slightly).

I know of no reason for humans to take supplemental manganese. In addition to the amounts you get in foods, most multi-vitamin/mineral supplements provide some of this mineral, about 2 mg on average. Manganese deficiency is so rare that no recommended dietary allowance has been established for it. We simply don’t know how much is needed for optimum health, and there could be a downside to taking too much. Neurological symptoms similar to those of Parkinson’s disease have been reported in individuals who ingested high levels in water. You won’t get in trouble with the amounts of manganese absorbed from foods or contained in multi-vitamin/minerals, but I wouldn’t take any more, whether it’s chelated or not.