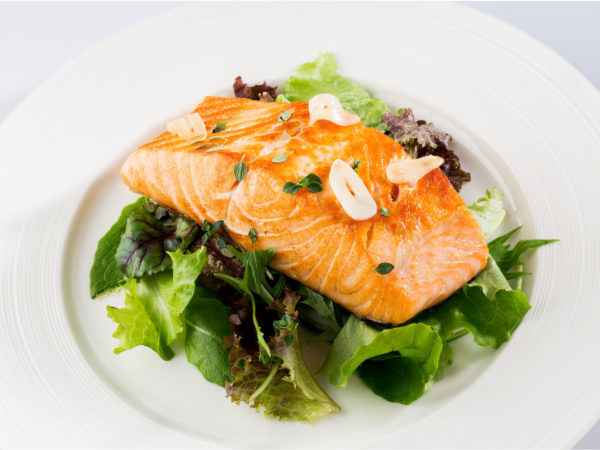 Omega-3 fatty acids are essential nutrients needed to maintain mental and physical health. We know that one of them, EPA (eicosapentaenoic acid), supports heart health while the other one, DHA (docosahexaenoic acid) is a constituent of membranes of nerve cells in the brain and is thought to play an important role in normal brain development and function. Research indicates omega-3s reduce inflammation, and may in turn help reduce the risk and symptoms of a variety of disorders influenced by inflammation, including heart attack, stroke, Alzheimer’s disease, cancer and autoimmune diseases such as rheumatoid arthritis.

The study you refer to comes from the University of South Dakota. It examined the effect of omega-3 blood levels on brain volume in 1,111 older women who were enrolled in a nationwide memory study. We know that with increasing age the brain normally shrinks. The researchers wanted to know whether or not omega-3s affect that inevitable change. They first tested all the women for omega-3 levels in red blood cells. Then, eight years later, when the average age of the women was 78, they all had MRIs to measure brain volume. Results showed that the women who had high blood levels of omega-3s when they joined the study had larger total brain volume than women whose blood levels of omega-3s were low. The difference adds up to a one- to two-year delay in the normal loss of brain cells that comes with age, according to study author James Pottala, Ph.D. The MRIs also showed that the hippocampus, the area of the brain where information is temporarily stored before transfer to the cerebral cortex, was larger in the women whose omega-3 levels were high. With Alzheimer’s disease, the hippocampus begins to shrink even before symptoms appear.

This study wasn’t designed to determine whether or not consumption of omega-3s prevents Alzheimer’s disease. And because it was observational, it doesn’t necessarily prove that the higher omega-3 levels were responsible for the larger brain volume seen in some of the women. More research is needed to investigate the link, if any, and determine how much fish oil is needed to produce the kind of results seen in this study, the researchers said.

You can get omega-3s by eating oily, wild caught, cold water fish such as salmon, sardines, herring, sablefish (black cod), and mackerel two to three times a week. If you opt for fish oil supplements, look for products providing 700 to 1,000 mg of EPA and 200 to 500 mg of DHA in the smallest number of capsules. If you use liquid fish oil, find one that gives you these amounts in the fewest teaspoons. Pregnant women in particular should consider taking fish oil supplements because adequate supplies of omega-3s are crucial to optimal brain and nervous system development in the fetus. When choosing a supplement, look for one derived from molecularly distilled fish oils, which are more likely to contain adequate levels of both EPA and DHA and be free of contaminants.