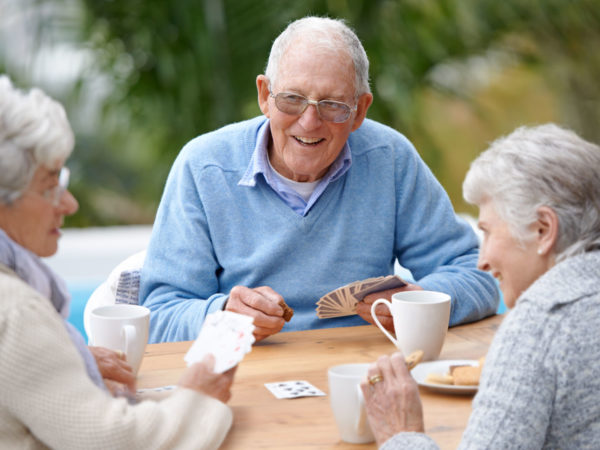 A promising study published in the January 1, 2014, issue of the Journal of the American Medical Association found that vitamin E can help slow the progression of Alzheimer’s disease (AD) by about 19 percent annually over 2.3 years. This was the first treatment proved to delay the course of the disease. The study included 613 patients at 14 Veterans Affairs medical centers who had mild to moderate AD and were taking Aricept, Razadyne or Exelon, prescription drugs that can improve mental function among Alzheimer’s patients, but cannot cure the disease or prevent its progression.

The researchers divided the 613 patients into four groups – one received 2,000 IU of vitamin E daily, a second was given the dementia drug memantine (brand name Namenda), a third was asked to take both vitamin E and memantine and a fourth group received placebo pills.

At the study’s end, the investigators found that the annual rate of functional decline among patients who had taken vitamin E had slowed by 19 percent. No such reduction was seen in the patients who took the combination of vitamin E and memantine or among those who took memantine alone. The slower decline seen in the patients taking vitamin E was equivalent to a delay of more than six months in the progression of the disease. The researchers reported that the slower decline among the patients who took vitamin E meant that they needed two hours less of daily caregiver time and remained able to perform some skills such as preparing meals, getting dressed on their own and holding conversations, which in some cases enabled them to continue to live independently. Vitamin E did not appear to help preserve thinking abilities, however.

This study was one of the largest and longest treatment trials of vitamin E in patients with mild to moderate Alzheimer’s. The authors wrote that they found no significant increases in deaths of patients taking vitamin E, in contrast to findings from a 2005 analysis that those taking more than 400 units daily were more likely to die of any cause. In the new study the annual mortality rate was 7.3 percent in the vitamin E group compared to 9.4 percent for the placebo group.

There is no evidence from prior studies to show that taking vitamin E prevents Alzheimer’s or affects the progression of the disease from “pre-Alzheimer’s.”  Additional studies will be needed to confirm these results.

In the meantime, I continue to recommend taking supplemental vitamin E in doses up to 400 IU a day. Avoid dl-alpha-tocopherol and look for products that include all four tocopherols, not just the d-alpha form. Better yet, try to get the whole vitamin E complex: four tocopherols plus four tocotrienols. But, as always, be sure to discuss with your physician any supplements and medications you take – over-the-counter or otherwise.

If you’re concerned about Alzheimer’s disease, I recommend doing all you can to keep yourself sharp by regular practice of mentally stimulating activities including reading, writing, visiting museums, playing bridge and other challenging games, doing puzzles, and learning new skills, such as a new computer program or another language.