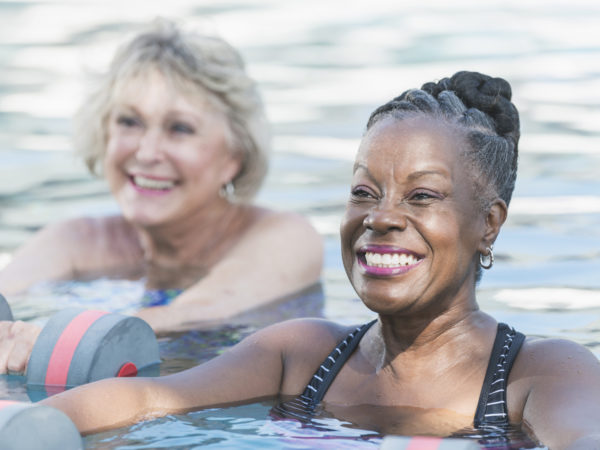 The news that taking calcium supplements can’t be counted on to protect older women from osteoporosis came from the Women’s Health Initiative (WHI), a huge government-sponsored study that followed more than 36,000 postmenopausal women for an average of seven years. About half the women were assigned to take 1,000 mg of calcium plus 400 IU of vitamin D daily while the other half received a placebo. Vitamin D was included in the study because it facilitates calcium absorption and promotes bone mineralization.

The women in the WHI study who were taking calcium and vitamin D were getting only 400 IU of vitamin D from the supplements. They may have been getting more vitamin D than that from fortified milk or from eggs, salmon, tuna, mackerel, sardines and/or exposure to sunlight (our bodies make vitamin D when exposed to the sun). But many people fall far short of their vitamin D needs. In 2005, after seeing evidence that fracture incidence declines when daily vitamin D intake exceeds 700 to 800 IU per day, I raised my recommendation for supplemental vitamin D from 400 IU to 1,000 IU daily. In January of 2010, based on more recent studies, I raised it again, to 2,000 IU daily.

The problem with calcium has more to do with absorption and bioavailability than intake. I recommend that you continue to take calcium citrate (for women, supplement with 500 to 700 mg of calcium citrate in two divided doses taken with meals, for a total daily intake of 1,000-1,200 mg from all sources; men should aim for 500 mg from all sources, and should not supplement as a higher intake has been linked to increased risks of prostate cancer). And make sure that you’re getting 2,000 IU of supplemental vitamin D daily, and exercise regularly. Both nicotine and caffeine may upset your body’s calcium balance so don’t smoke and minimize your caffeine intake. Also cut down on soda as the phosphates in carbonated sugar beverages can lead to bone loss as well.

If you have a family history of osteoporosis and other risk factors, such as being light-boned and fair-skinned, keep tabs on the state of your bones via periodic bone mineral density tests (the standard one is known as a Dual Energy X-ray Absortiometry scan, DEXA scan for short). Effective prescription drugs are available for slowing bone loss, but I think these heavy-hitters should be reserved for serious cases of osteoporosis, not mild bone loss that can often be reversed with the less drastic lifestyle measures I’ve just described.