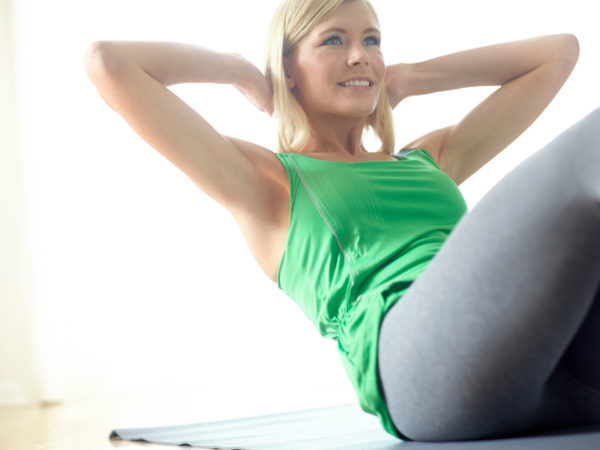 I urge you to stay away from CortiSlim and other so-called cortisol blocking agents. I’ve discussed these widely advertised products with my colleague Seymour Reichlin, M.D., Ph.D., an endocrinologist and retired research professor of medicine at the University of Arizona in Tucson. Dr. Reichlin confirms that, as the ads and TV commercials for CortiSlim claim, the stress hormone cortisol does stimulate the deposition of fat in the abdomen and elsewhere. What the advertisements don’t tell you is that this fat deposition occurs only when cortisol is produced in great excess due to medication or as a result of such hormonal disorders as Cushing’s syndrome, a relatively rare disease.

Dr. Reichlin notes that there are no scientific studies suggesting that the amount of cortisol produced by healthy humans under stress is sufficient to cause fat deposition. In other words, if your body were producing enough cortisol to make you fat, you would be sick.

Dr. Reichlin looked into the ingredients in CortiSlim and found no scientific evidence that any of them had an effect on cortisol secretion or cortisol action. The one ingredient that conceivably could contribute to weight loss is bitter orange peel extract (Citrus aurantium)which contains synephrine, the only known ephedrine-like natural product that has not yet been banned by the FDA. There’s already one report in the medical literature of a woman who had a heart attack after taking a weight-loss formula containing bitter orange, and the doctors who described her case said that the use of bitter orange in supplements may present a risk for cardiovascular events. Synephrine can cause blood pressure to rise and should be avoided by anyone with significant hypertension or narrow-angle glaucoma as well as by people taking MAO inhibitors (a type of anti-depressant) and other stimulant drugs (including cold remedies containing decongestants).

Dr. Reichlin’s research also turned up the fact that Banaba Leaf extract, another ingredient in CortiSlim, could influence the metabolism of chemotherapy drugs. Shawn Talbott, Ph.D., an adjunct assistant professor of nutrition at the University of Utah who formulated CortiSlim, has authored works on calcium metabolism in rats; he has published only one study done in humans – on exercise – and nothing on either cortisol or obesity.

You may be interested to know that on Oct. 5, 2004, the Federal Trade Commission (FTC) filed suit against the marketers of CortiSlim, contending that the companies made false or unsubstantiated claims, including one that virtually everyone who uses CortiSlim would lose 10 to 50 pounds. The FTC is seeking to force the companies that market CortiSlim and CortiStress to reimburse consumers. (CortiStress is advertised for risk reduction or prevention of such conditions as osteoporosis, obesity, diabetes, Alzheimer’s disease, cancer and cardiovascular disease. The FTC, correctly, said that these claims were false or unsubstantiated.)

To sum up, don’t be tempted by marketing hype for the so-called cortisol blocking agents. If you try them, your wallet may slim down, but you won’t. Worse, for some people they could prove dangerous.