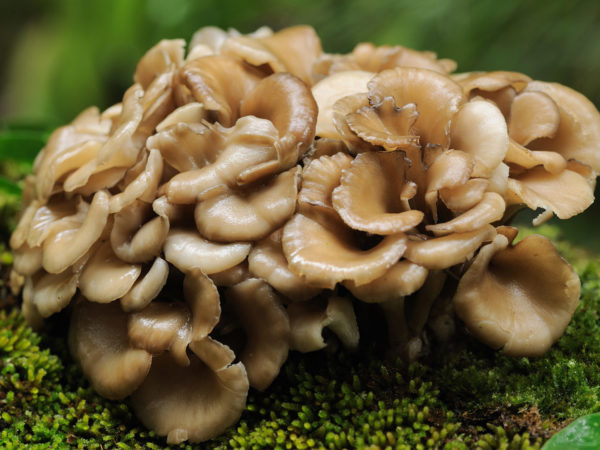 Maitake: an edible and medicinal mushroom is a perennial fungus that grows in clusters at the base of trees. It is native to the northeastern part of Japan and North America, where it grows from an underground tuber-like structure. In Japan, it can grow to more than 50 pounds in size. Maitake means “dancing mushroom,” and it is also commonly referred to as “hen of the woods” due to its resemblance of the fluffy tail feathers of a nesting hen. It is used for its delicious taste (it is one of the major culinary mushrooms in Japan), as well as its anti-cancer, anti-viral and immune-enhancing properties in traditional Chinese and Japanese medicine.

Maitake Is Available In:

People preparing for surgery should not take maitake for at least two weeks prior to avoid issues with blood sugar or blood clotting.

Look for extracts standardized to the D-fraction of maitake (derived from a polysaccharide called beta glucan). Commercial preparations commonly provide 3 to 25 mg of standardized D – or MD-fraction plus 75 to 250 mg whole powder per capsule.

None specified. May consider half the adult dose in children aged 6-12 years.

I’m a great believer in the immune-enhancing and cancer-protective properties of Asian mushrooms, including maitake. It is edible and delicious, and part of the recommendations in my Anti-Inflammatory Food Pyramid. You should be able to find it dried or fresh in Japanese markets, gourmet stores, or upscale supermarkets or as extracts.