Hoodia (Hoodia gordonii) is making a big splash as a weight loss aid without much scientific evidence supporting its effectiveness. This cactus, grown in Africa’s Kalahari Desert, has traditionally been eaten by the San Bushmen, now a very poor tribe, to ward off hunger on long journeys. In analyzing the cactus, South African scientists discovered that it contained a previously unknown molecule, which they named P57. From what I understand, this molecule theoretically affects nerve cells in the hypothalamus – the part of the brain that controls appetite by responding to levels of blood glucose. P57 is supposed to be much more powerful than glucose as a signal to the hypothalamus to curb eating. In animal studies, hoodia reportedly suppressed rats’ appetite dramatically, and in a human trial, daily calorie intake among a group of obese volunteers who tested it dropped by 1,000 calories, even though they were encouraged to eat. I say "reportedly" here because I have only read accounts of these trials. I’ve been unable to track down the studies themselves.

When you do an internet search for hoodia benefits, you get thousands of hits, the vast majority for commercial sites peddling pills said to contain this so-called miracle weight-loss aid. Are they the real thing? I can only pass on a report from the British Broadcasting Corporation, which sent a correspondent to the Kalahari to cover this story. As part of his research, the reporter had the leading brand of hoodia gordonii available on the internet tested: it contained no discernible hoodia.

The BBC correspondent reported that he tried the real thing in the Kalahari – he ate a piece of hoodia about the size of half a banana. He said the plant had an unpleasant taste, but he wasn’t hungry for dinner that day or breakfast the next morning. Later, he ate lunch but without much appetite or pleasure. He reported that his appetite returned about 24 hours after eating Hoodia.

If hoodia works as well as these reports suggest it may turn out to be a useful way to control weight. But I have my doubts. The pharmaceutical giant Pfizer bought the clinical development rights to hoodia from a British company in 1998 but returned them in 2003. We may learn someday that there are hoodia benefits and it does promote weight loss by effectively suppressing appetite, but until we do, I wouldn’t waste money on products that haven’t been proven to work and may not contain any hoodia at all.

Visit Dr. Weil’s Q and A Library to get answers to your other health and lifestyle questions. 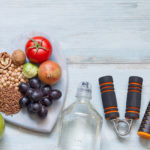 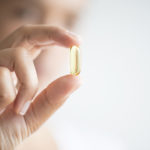