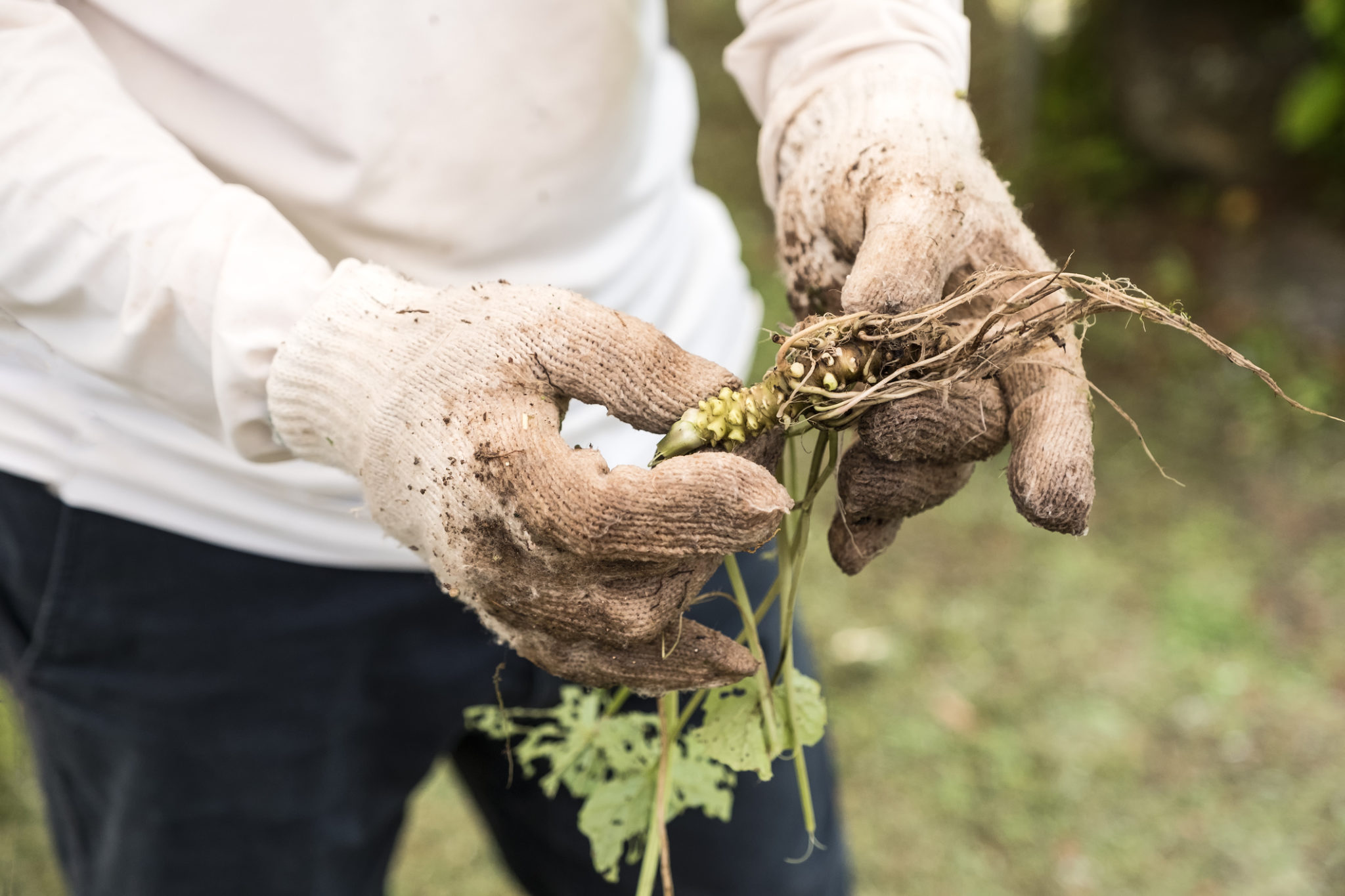 I am a great fan of wasabi, so a couple of years ago I planted “starts” in the garden of my summer home in British Columbia, near Puget Sound. Wasabi is notoriously difficult to grow – it requires plenty of water; shade to protect the leaves from sunburn; just the right mix of minerals and other soil nutrients; and two full years to reach usable size. I got the starts from wasabia.com, the main wasabi cultivators in the Northwest U.S. I love to eat wasabi in all forms, and make a point of seeking it out whenever I travel to Japan.

Be aware that what’s billed as “wasabi” in many restaurants – even expensive ones – in both the U.S. and Japan is actually a mix of horseradish, mustard and green food coloring. Indeed, it is entirely possible that even if you are a lifelong sushi eater, you’ve never actually had wasabi! The tell-tale sign of the fake stuff is a uniform lime-green color. Real wasabi paste is a variegated mix of light-green and white particles that are relatively coarse. Its flavor is far more sophisticated than that of fake stuff – a subtle interplay of spicy “heat” and vegetable/earthy notes.

To learn more about the health benefits associated with wasabi read: Wondering About Wasabi?