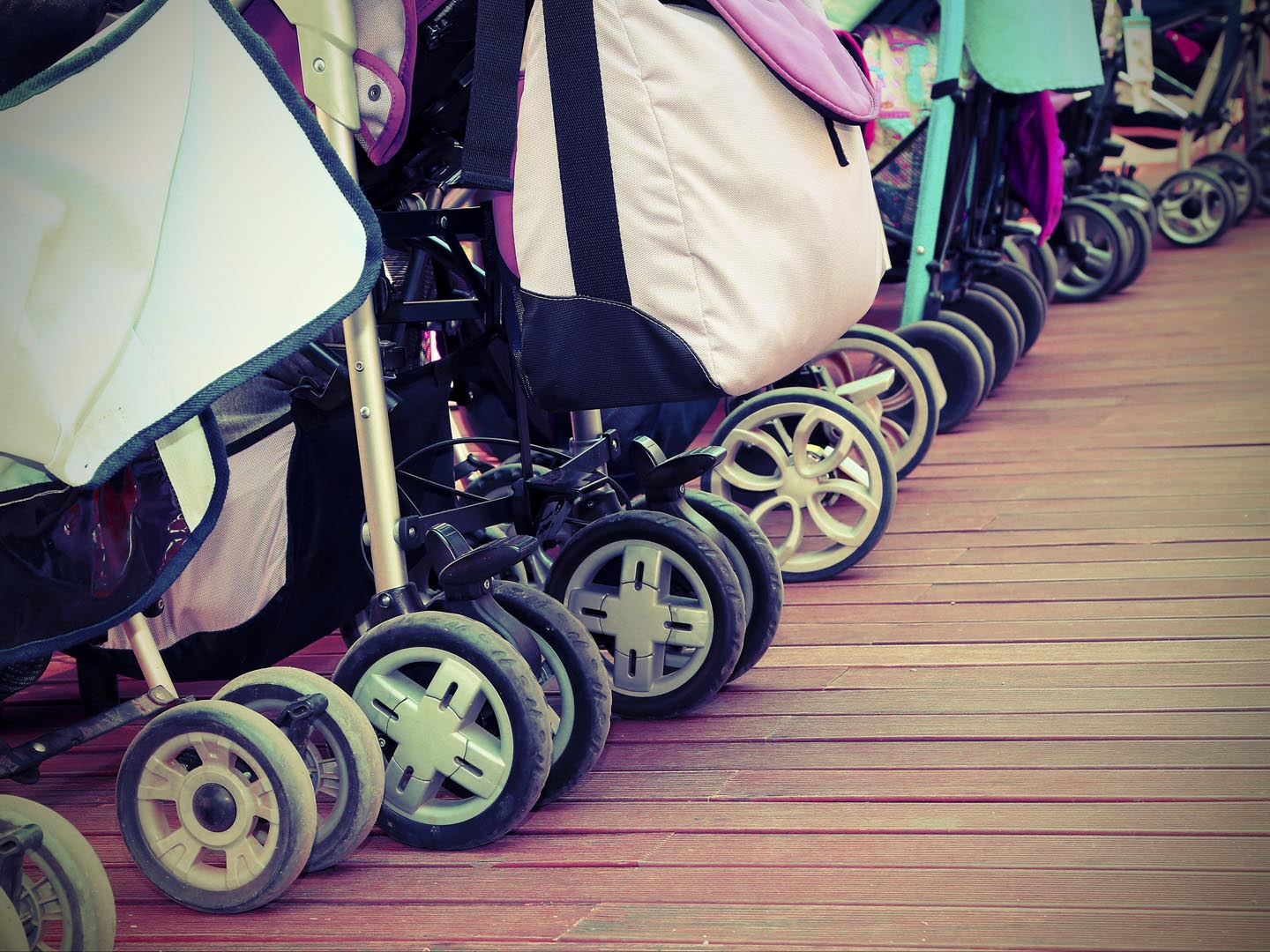 I discussed your question with Sandy Newmark, M.D., a pediatrician at the Osher Center for Integrative Medicine in San Francisco. He tells me there is no exact or optimal age at which parents should stop using a stroller, but that in general, “When a child can walk where you are going relatively easily, he or she should be doing so. However, there may be certain occasions when the family has to get somewhere in a more efficient manner than the child can walk and then the stroller is fine.”

I also came upon a website – “TooBigforStroller.com” – that flourished a few years ago with photos of kids who were clearly past the point of needing strollers. One picture showed a mother pushing while the child, a girl, read what appeared to be a newspaper. Another showed a child reading a book. Intended as a joke among friends, the site set off a parenting dispute that lead to some vicious comments about whether pushing kids around in strollers when they “should” be walking does them a disservice by denying them the muscle and aerobic conditioning derived from walking. While strollers are intended for toddlers, many of them have the capacity to carry a 50-pound seven-year-old.

The stroller debate isn’t confined to the U.S. In England, the UK’s chief medical officer, Professor Dame Sally Davies, recommended that pre-school kids, ages three and four should not be confined to what the Brits call “pushchairs.” She noted and that those children capable of walking unaided should have at least three hours of physical activity per day.

Debate here about when parents should retire their children’s strollers may have been set off by a 2003 opinion article in the New York Times by William Crain, a professor of psychology at City College. Dr. Crain set forth what some parents then and now clearly regard as fighting words: “Today’s parents … seem bent on keeping their children strapped in strollers long after they have taken their first steps. Every day I see stroller after stroller with children as old as four being pushed along, even in parks.” Dr. Crain wrote that he could find no formal research on the subject so he conducted his own exploratory study asking pediatricians to administer a brief questionnaire to 114 parents on the Upper West Side of Manhattan, in suburban Westchester, the Bronx, Washington, suburban Los Angeles and St. Louis. Dr. Crain reported that overall, 95 percent of the parents reported using strollers for babies under age one; 94 percent said they used strollers for one or two-year-olds; 75 percent said they used them for three-year-olds; and 39 percent said they used strollers for four-year-olds.

“Convenience and safety were the common explanations,” Dr. Crain reported. “Several parents of three- and four-year-olds said they used (the devices) to cover long distances. Some parents with more than one child said it was easier to use a double stroller than to supervise one child walking while wheeling the other.”

Dr. Crain wrote that as a father and grandfather he understands the safety appeal of strollers, particularly in big cities. But, he added, “keeping children in strollers too long can suppress their growing sense of freedom and curiosity, fostering a dispirited sense of compliance that may plague them for years.”

The time to retire the stroller isn’t carved in stone, but clearly, when your child can walk well, she no longer needs it.