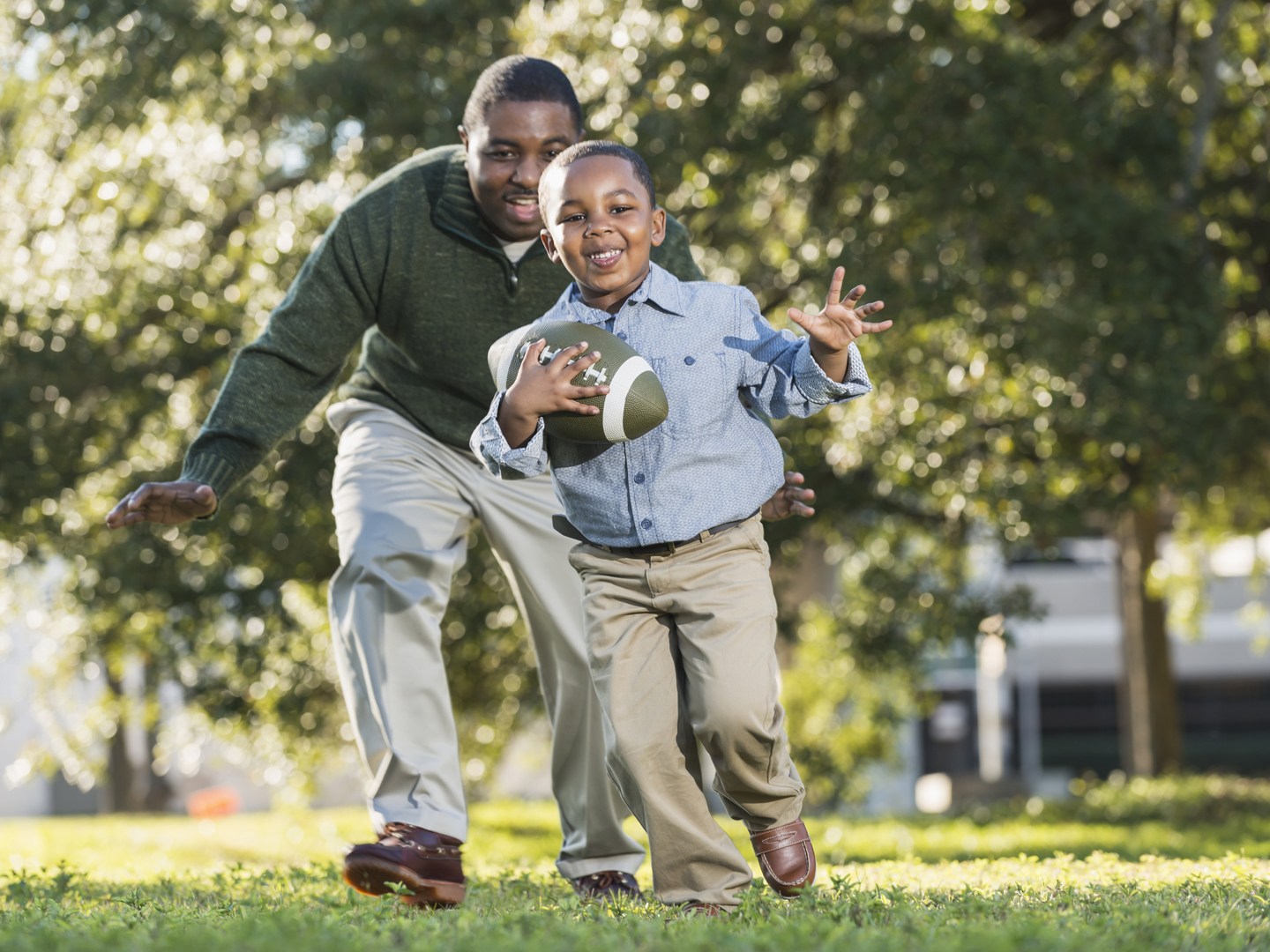 This is a tricky issue. I’m glad to hear that your son wants to do something active rather than sitting in front of a screen all day as so many teens do. And I understand your reluctance as a parent to have him engage in a sport that can be dangerous. We know that severe brain damage has occurred among some professional football and hockey players (as well as boxers) due to repeated blows to the head, and that the early stages of this damage may have begun with sports participation in high school or even earlier.

The latest study on risks to the brain from playing football compared the brains of college football players with those of students who never played the game. It also searched for differences in the structures of the brain between players who had suffered concussions and those who hadn’t. The study is the most comprehensive ever to look at the effects of football on the brain in college athletes. Researchers from the University of Tulsa (a school noted for its football program) and the Laureate Institute for Brain Research scanned the brains of all the study participants with MRIs capable of identifying slight differences in the size and shape of several parts of the brain.

The scans showed that, compared to the students who never participated in football, players who had not had concussions had up to 16 percent less volume in the hippocampus, the brain region associated with memory and emotion. The difference between the hippocampal volume of players who had experienced concussions and the control group (the students who never played football) was about 25 percent, more than the researchers expected to see. When the investigators looked at how many years the young men had played football, they saw that those who played the most seasons had the least hippocampal volume, a finding that may indicate that years of playing a rough game may affect the brain, even in the absence of a diagnosed concussion.

When they compared hippocampal volume with players’ scores on cognitive and coordination tests, the researchers saw no significant differences. They did find, however, that the more years a young man had played football, the slower his reaction time was.

None of this proves that playing football is responsible for less hippocampal volume. In fact, what it might mean is that having a smaller hippocampus predisposes young men to play football, the researchers said. The more we learn about the effects of playing football on college and high school athletes (as well as professionals) the better able we’ll be to determine if the game is worth the risks. In the meantime, perhaps you can divert your son to a less dangerous sport, or at least make sure he reads about and understands the potential risks football presents.