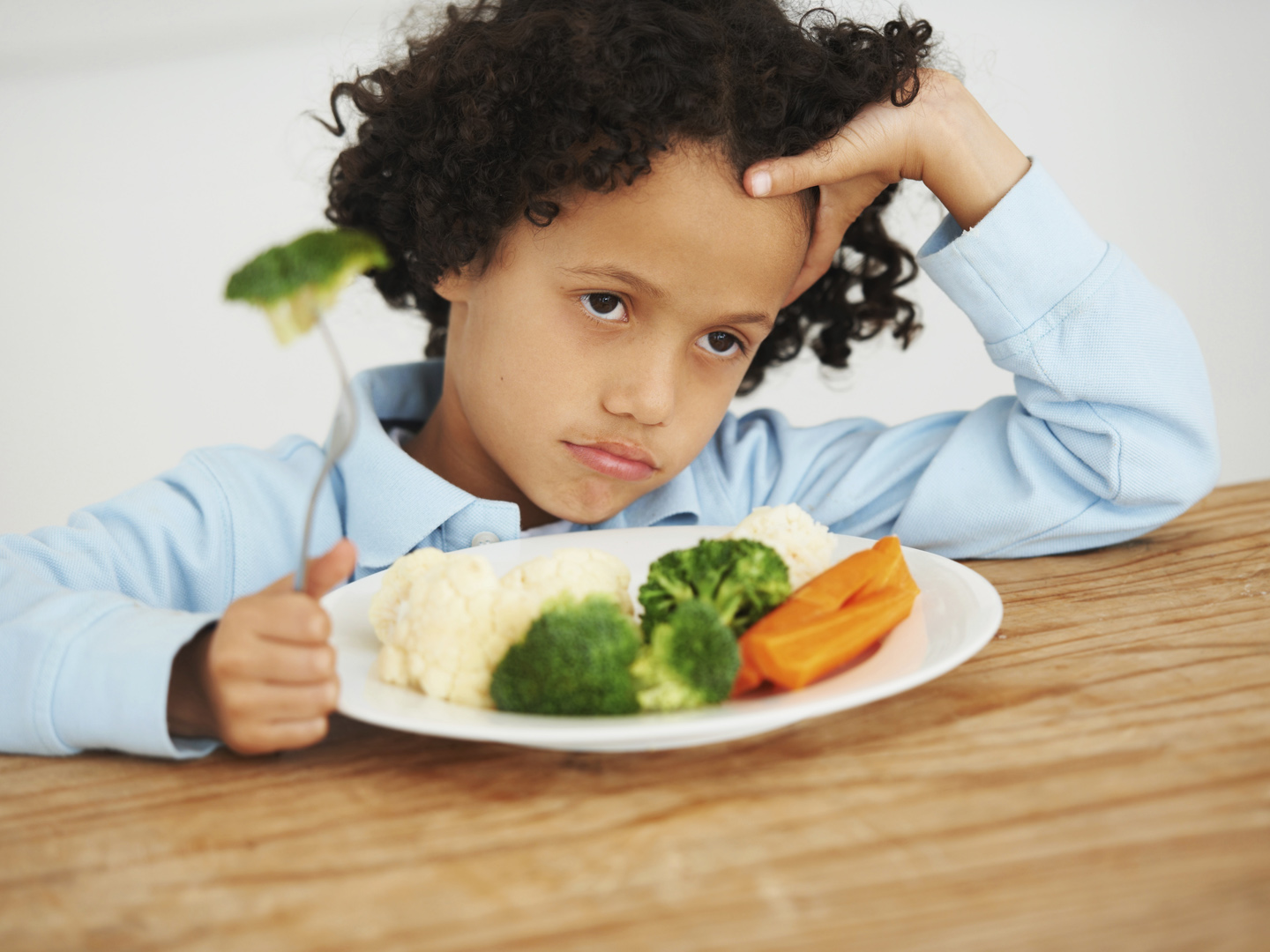 Kids are notoriously picky eaters, although few refuse to eat anything but one dish. While these common childhood eating habits are typically benign, picky eating can signal more serious problems such as depression and anxiety according to results of a new study. Researchers at Duke University School of Medicine in North Carolina screened more than 3,400 children for picky eating and conducted in-home evaluations on more than 900 of them. The children’s parents reported on eating patterns and filled out psychiatric assessment forms.

The Duke researchers wrote that more than 20 percent of children ages two to 6 are picky eaters. Most – nearly 18 percent – were classified as “moderately picky” while about 3 percent were seen as “severely selective,” meaning that they ate so few foods that their ability to eat in restaurants or with others was limited.

This kind of pickiness goes far beyond refusing to eat broccoli, said lead author Nancy Zucker, Ph.D., director of the Duke Center for Eating Disorders. The investigators found that the picky eaters – those with both moderate and severely selective eating habits – had significantly elevated symptoms of depression, social anxiety and generalized anxiety compared to kids who had no such eating problems. The “severely selective” kids were nearly twice as likely as others in the study to have increased symptoms of generalized anxiety at follow-up intervals and were more than twice as likely as the other picky eaters to also have a diagnosis of depression. The researchers added that kids with both moderate and severe habits of selective eating met the criteria for an eating disorder called Avoidant/Restrictive Food Intake Disorder (ARFID), a new diagnosis included in the most recent Diagnostic and Statistical Manual of Mental Disorders, the American Psychiatric Association’s “bible” of mental disorders.

The researchers suggested that some kids who limit their eating might have heightened senses that can make the smell, taste and texture of certain foods so overwhelming that the youngsters respond with disgust and aversion. They added that some youngsters who have had a bad experience with a certain food might develop anxiety when trying another new food or being forced to try the offensive food again.

Not all picky eaters go on to have chronic selective eating in adulthood, Dr. Zucker said in a press release that accompanied publication of the study. “But because these children are seeing impairment in their health and well-being now, we need to start developing ways to help their parents and doctors know when and how to intervene,” she added.

It’s hard for doctors to deal with picky eating because “they don’t really have data to help predict which children will age out of (picky eating) and which…won’t,” Dr. Zucker explained, noting that some children may benefit from therapy, which may include controlled exposure to foods that cause anxiety. But she said that traditional methods might not address children with sensory sensitivities, for whom “some smells and flavors are too intense and may never be palatable. New interventions are needed to deal with children who have sensory sensitivity and frequent experiences of palpable disgust.”

The researchers concluded that one benefit to recognizing picky eating behavior in young children is that it could help parents and doctors identify youngsters who may be at risk for anxiety and depression.