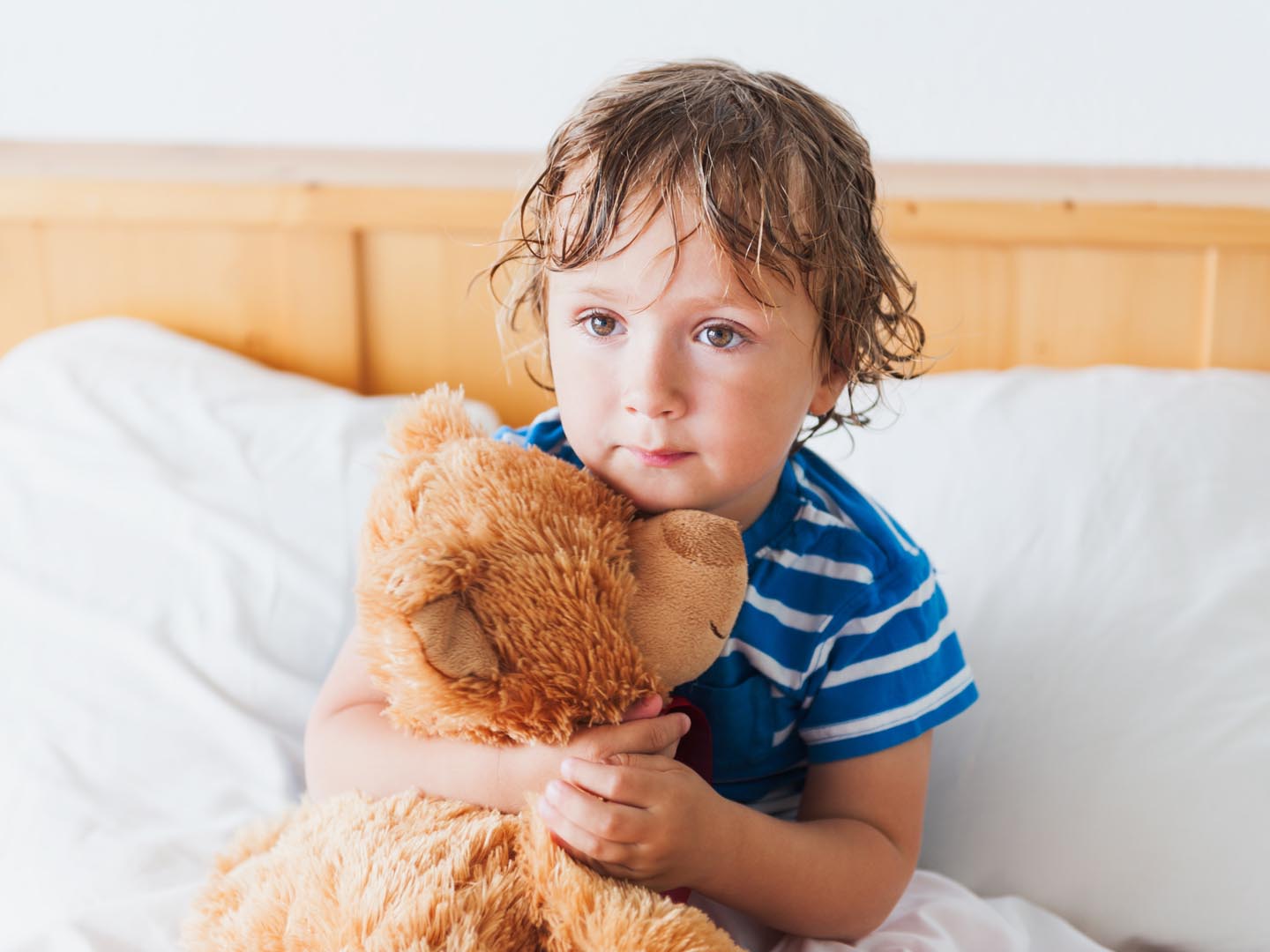 Although by age eight most youngsters have outgrown bedwetting, a sizeable minority still haven’t. So your son isn’t unusual. As a matter of fact, 5 to 10 percent of boys still have enuresis (the medical term for bedwetting) by age 10. Enuresis tends to run in families and, when this is the case, children usually outgrow it at the same age as the parent, sibling or other relative who had the problem.

No one knows what causes bedwetting although it is sometimes associated with constipation. If so, simple dietary changes such as eating more fruits and vegetables and drinking more water early in the day can help resolve matters. My colleague, Sandy Newmark, M.D., a California- based pediatrician on the faculty of the Arizona Center for Integrative Medicine, also suggests making sure that your son isn’t drinking any beverages that contain caffeine (such as some sodas) and trying to limit (within reason) the amount of fluids he drinks in the evening.

Dr. Newmark explains that an “enuresis alarm” is the most simple and effective intervention for youngsters your son’s age. This device is a wristwatch with a sensor that is attached to pajamas so that the alarm sounds at the first sign of wetness. This system eventually conditions a child to wake when the bladder is full. Dr. Newmark says that the alarms work in about 70 to 80 percent of children your son’s age. They are available at most drug stores. Be patient with this system since it can take weeks, and sometimes months, to see results.

If the alarm doesn’t help, Dr. Newmark suggests trying hypnosis as a safe and effective treatment. While some pediatricians prescribe drugs for children who wet the bed, using medication is controversial and should be viewed as a last resort. Homeopathic remedies may also be effective; consult a homeopathic practitioner if you want to try this approach.