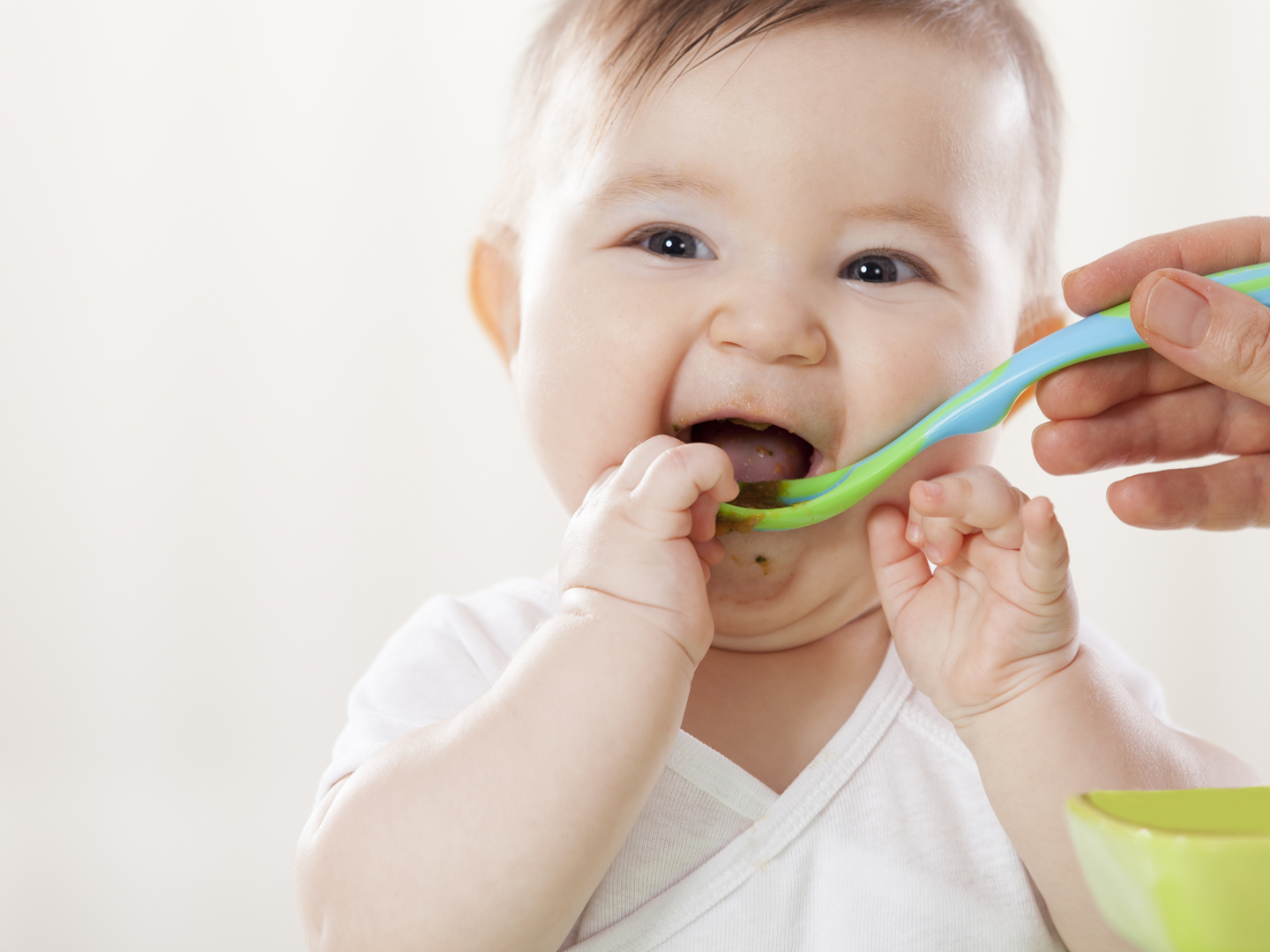 I’m not surprised that you’re getting conflicting information about what solid foods to introduce first. I discussed your question with Sanford Newmark, M.D., head of the Pediatric Integrative Neurodevelopmental Program at the Osher Center for Integrative Medicine at the University of California, San Francisco. He says that, amazingly, the research on this subject is “completely unclear” and that “no one really knows what foods are best to start out with, or even if it really matters.” Dr. Newmark says his personal advice is to use organic foods whenever possible, and give babies a wide variety of choices. “The idea that one needs to try each new food for three days to a week is antiquated and without scientific basis,” he adds. As for what food to start with, he recommends vegetables, followed by fruits and then grains. His rationale is that it is much harder to get babies to accept vegetables than fruits, and it’s possible that starting with them is a good strategy.

Something else to bear in mind when you’re introducing babies to solids: pesticide residues in some baby foods. In 2012, for the first time since 1991, the U.S. Department of Agriculture (USDA) began to look at the pesticide content of baby foods. Some of those findings were released in June 2012 by the Environmental Working Group (EWG) and will probably horrify parents. For example¸ the USDA found that green beans tested positive for five pesticides, including the organophosphates methamidiphos, found on 9.4 percent of samples, and acephate, on 7.8 percent of samples. These pesticides are associated with neurodevelopmental effects in children.

Pears also tested positive for at least one residual pesticide 92 percent of the time. In addition, 26 percent of samples contained five or more pesticides. Three samples of pear baby food contained iprodione, which the EPA categorizes as a probable human carcinogen.

The only tested baby food samples in which the USDA found virtually no pesticide residues were sweet potatoes.

Federal testing for pesticide residue in baby food was long overdue¸ as infants are especially vulnerable to toxic compounds. The initial results are disturbing; that pears intended for babies contain a likely carcinogen is an outrage.

I recommend that parents purchase organic baby foods, or better yet, prepare their own by putting organic foods through a simple hand-turned food mill. (Search the Internet for “baby food mill.”) It is vital that an infant’s developing brain and nervous system receive only uncontaminated, nutrient-dense foods.