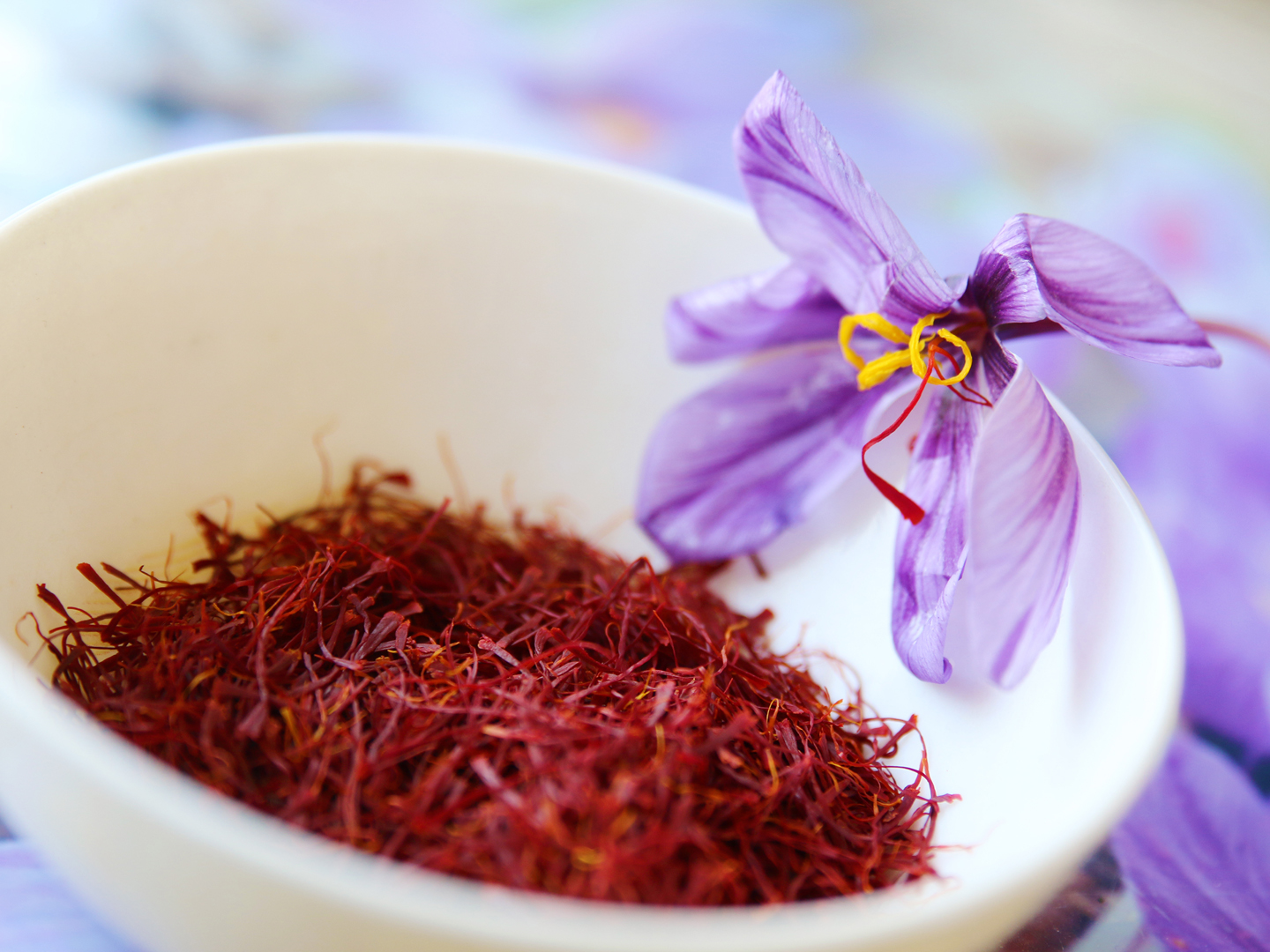 Macular degeneration (MD) is an eye disorder affecting more than 13 million Americans, more than those with glaucoma and cataracts combined. It is generally considered to be irreversible and is the leading cause of blindness in individuals over the age of 55. A new case of age-related macular degeneration (AMD) is diagnosed, on average, every three minutes (age-related macular degeneration is the term used for the disorder when it affects people over the age of 60). The cause of MD isn’t known, but the condition runs in families and probably has a genetic component. It affects an equal number of women and men, but seems more common among Caucasians than African-Americans.

Saffron is a spice known for its bright yellow color, distinctive flavor, and lofty price. It comes from the saffron crocus flower (Crocus sativus). Stigmas of the flowers are collected by hand and dried to create the spice. Saffron has been used medicinally in traditional Mediterranean cultures as an antidepressant and also to treat asthma, cancer, insomnia, and respiratory problems.

Some scientific evidence suggests that saffron supplements are helpful for individuals with early to moderate AMD, but so far, no studies have shown whether or not they would benefit patients whose disease is more advanced.

One randomized, double-blind, placebo-controlled study performed in Italy showed that taking supplements of 20 milligrams of saffron daily for three months resulted in statistically significant improvements in visual acuity among patients with early AMD compared to a placebo. A follow-up study showed that taking the same supplementation over an average period of 14 months led to improvements in macular function. The benefits seen so far may be related to derivatives of the antioxidant carotenoids (crocin and crocetin) found in saffron.

My recommendations for addressing AMD include foods and supplements that contain vitamin C, vitamin E and lutein, as well as zinc. Vitamin C-rich foods include citrus fruits, melons, tomatoes, potatoes and broccoli. You can get vitamin E from soybeans, greens, fish, wheat germ, nuts and seeds. Dietary sources of zinc are legumes (peas, dried beans, garbanzos/chickpeas, black-eyed peas, lentils and soy products) and whole grains. The carotenoid pigment lutein is found naturally in spinach, kale, collard greens, romaine lettuce and peas. Other compounds shown to be protective are the red and purple pigments found in berries and other fruit, so eat berries, especially blueberries, often. You can also get these pigments into your diet using supplements of bilberry, grape seed extract or pine bark extract. My recommendations for daily vitamin E are to take 400-800 IU of natural mixed tocopherols, or at least 80 mg of natural mixed tocopherols and tocotrienols. People under 40 should take 400 IUs a day; people over 40, 800 IUs.