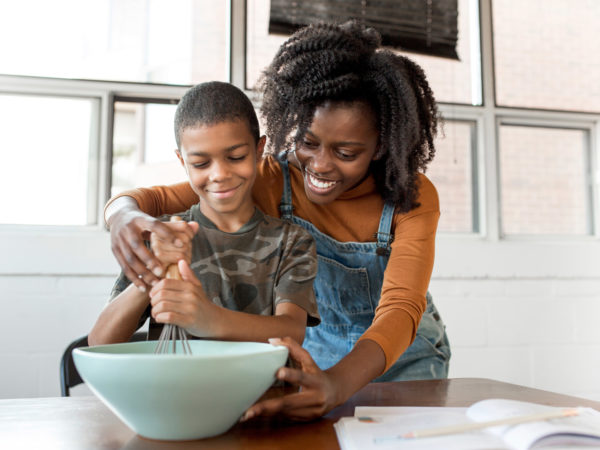 This is one finding of a study led by Harvard psychology professor Ellen J. Langer, whose research has shown how powerfully the mind can influence health. It was published in 2007 and involved 84 women room attendants at seven different hotels. Most of the participants expressed the belief that they didn’t get very much daily exercise. (They did not realize that the physical work they did daily amounted to significant exercise.) The researchers tested aspects of the women’s health that could be affected by exercise. Then they told one group of the women that their cleaning work met the Surgeon General’s recommendations for an active lifestyle. The researchers gave these women examples of what they did at work that qualified as exercise. They didn’t provide this information to the other group.

Four weeks later, the researchers found that the women given that information had lost some weight. Also, their blood pressure had declined, and their body fat, waist-to-hip ratio and body mass index had decreased. These positive changes occurred even though the women had not altered their work-related behavior. But they did report feeling that they were getting significantly more exercise than they had when they joined the study. No such changes were observed in the other group.

In another now famous study, Langer and her colleagues recruited eight men in their 70s who were showing signs of age, although their overall health was good. In preparation for the 1981 study, the men’s hearing, vision, memory, cognition, dexterity, grip strength, and flexibility were tested. The researchers then relocated the men to a house where the clock had been turned back to 1959. The television was black and white and played Ed Sullivan programs, the music came from Perry Como, and the magazines were dated 1959. Everything in the house gave the impression that it was 1959. The men were asked to become the person they were 22 years earlier and were told that if they managed to do so, they would feel as they did then. After five days of living in the past, the men were retested. Dr. Langer and her team reported that they showed “dramatic improvements in their hearing, memory, dexterity, appetite and general well being.”

One of Dr. Langer’s first studies also yielded dramatic results. She gave houseplants to two groups of nursing home residents and asked a popular staff member to tell one group that they were responsible for taking care of the plants and could choose how to spend their time during the day. Those in other group also received plants but were told the staff would take care of them. These residents weren’t told that they could decide how to spend their time. Dr. Langer reported that 18 months later twice as many of the residents who took care of their plants and decided on their own schedules were alive compared to those in the other group. She concluded that some of the negative consequences of aging could be “retarded, reversed or possibly prevented” by enabling the aged to make decisions and giving them a feeling of competence.