Everyone knows how positive emotion works. First comes a happy feeling. That’s followed by a smile or a laugh. Simple, right? But feeling good is actually much more complicated – and that’s good news. The “facial feedback” hypothesis holds that physically expressing an emotion sends a biochemical signal from the facial muscles that “loops” back to the brain. It’s similar to the way that sound coming from a speaker can be picked up by a microphone and sent back through the speaker as amplified feedback. This has huge significance for those who aim to improve their emotional well-being, because it suggests that we can consciously control our emotional lives much more than we might have suspected.

Charles Darwin was among the first scientists to suggest this idea. He wrote, “The free expression by outward signs of an emotion intensifies it. On the other hand, the repression, as far as this is possible, of all outward signs softens our emotions… Even the simulation of an emotion tends to arouse it in our minds.”

The best way to test this theory is to simulate the muscular contractions of a facial expression and see if this changes the subject’s emotions. A 1988 study by researchers at Universität Mannheim, Federal Republic of Germany did just that. Participants were told to hold a pen in their mouths in one of two ways – in the “lips” position, which activated the orbicularis oris muscle, used in frowning, or in the “teeth” position, which employed the zygomatric major or risorius muscle, which is employed for smiling. A control group simply held the pen in their hands. Then the three groups were shown a cartoon, and told to evaluate how funny they found it. Members of the “teeth” group reported finding the cartoon significantly more amusing than did those in the “lips” or control groups.

The facial feedback mechanism that works individually also works on a group level. When we see or hear people laugh, we tend to laugh ourselves, which makes them laugh more, and so on. This means that a group of laughing people constitutes a powerful collection of internal and external feedback loops of positive emotion. If you want to be happy, put yourself in such situations as often as you can!

A relatively new practice known as laughter yoga (or laughter therapy) creates group laughter  specifically and intentionally. Begun by Dr. Madan Kataria, a physician from Mumbai, India, the first laughter club convened in March of 1995 with a handful of people. Now, according to the official laughter yoga website, there are more than six thousand “Social Laughter Clubs” in 60 countries. I’ve met Dr. Kataria and had the pleasure of laughing with him.

The method used in laughter clubs is straightforward. After brief physical exercises and breathing exercises under the direction of a trained leader, people simulate laughter with vigorous “ha-ha’s” and “ho-ho’s.” In the group setting, this “fake” laughter quickly becomes real and contagious and may continue for a half hour or more. The end result is joy and good fellowship. And the joy lingers; regular participation in laughter clubs has been shown to improve long-term emotional and physical health in a variety of ways, including a significant lowering of the stress hormone, cortisol.

If you want to take part, the good news is that these groups are, like laughter itself, free and easy: there are no membership fees, no forms to fill out, no complications. The clubs are run by trained volunteers. Laughter clubs are non-political, non-religious and non-profit. They are run by Laughter Clubs International in India, and Laughter Yoga International in other countries. 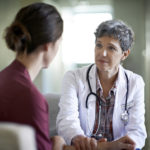