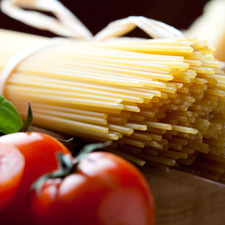 I believe you are referring to a study from the Harvard School of Public Health published online on October 1, 2013, that linked depression to diet, and specifically to certain patterns of eating that foster inflammation in the body. The Harvard researchers reviewed data on more than 43,000 women ages of 50 to 77 who were participating in the Nurses’ Health Study, a long-running examination of the factors that influence women’s health. Over the span of 12 years, information was collected that allowed the research team to look at the women’s diets and see how they correlated with a diagnosis of or treatment for depression. The goal was to determine whether a pro-inflammatory diet is associated with depression, which would provide further evidence of a suspected link between low-level chronic inflammation in the body and disturbed emotional health.

Inflammation is a normal and healthy response to injury or attack by germs. We can see it and feel it on the surface of the body as local heat, redness, swelling, and pain. This is the body’s way of getting more nourishment and more immune activity to an area that needs to fend off infection or heal. But if inflammation persists or serves no purpose, it is not helpful. Scientific evidence suggests that over time, chronic, imperceptible, low-level inflammation is the root cause of many serious, age-related diseases including heart disease, cancer and neurodegenerative conditions such as Alzheimer’s and Parkinson’s diseases. And now a growing body of evidence indicates that whole-body inflammation may also contribute to psychological disorders, especially depression.

For their study, the Harvard researchers first identified a dietary pattern related to levels of certain biomarkers in the blood that signal inflammation in the body. These biomarkers include C-reactive protein and interleukin-6. Based on food frequency questionnaires completed by the women during the study, the investigators determined that the diet associated with increased levels of the inflammatory markers was high in carbohydrates, including pasta and white bread, as well as red meat and regular and diet sodas. The researchers concluded that women who consumed this "inflammatory" diet were 29 to 41 percent more likely to be diagnosed with or treated for depression than women in the study whose dietary patterns were different.

In my book Spontaneous Happiness, published in 2011, I wrote about the "cytokine theory of depression."  Cytokines are proteins made by immune cells. They are the principal mediators of the inflammatory response and govern responses to foreign antigens and germs. Anything you can do to keep cytokines within their proper bounds will reduce the risks of chronic disease and may also lower the risk of depression. I find the cytokine hypothesis of depression compelling because it fits right in with my belief that doing everything we can to contain unnecessary inflammation is the best strategy for attaining optimum health.

For the record, I don’t think that inflammation is the only factor leading to depression. I believe that part of the dramatic rise in depression diagnoses over the last two decades stems from aggressive disease-mongering by pharmaceutical companies to promote antidepressant sales. But it is equally clear that there has been a real rise in the rates of depression, much of which may be due to inflammation fostered by increased consumption of highly processed foods, including quick-digesting carbohydrate foods. Dealing with inappropriate inflammation is a big subject, but dietary choices are perhaps the most important way to keep excessive cytokine production in check. My anti-inflammatory diet is such an approach. It promotes foods that can help control inflammation, as well as the micronutrients and phytonutrients to protect your body (and mind) from inflammation’s damaging effects. I believe it is the best way to eat for optimum health.