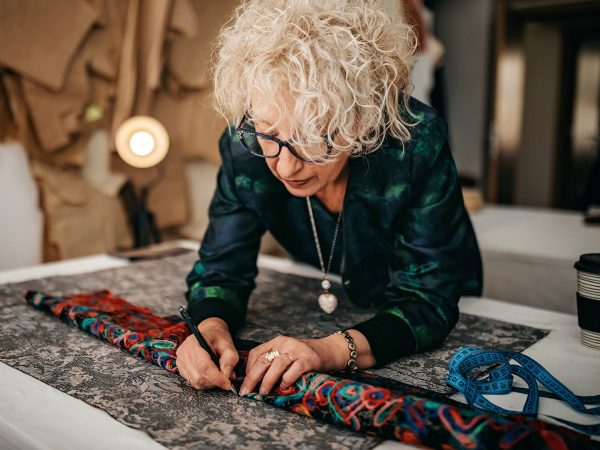 In my book, Healthy Aging, I describe various ways to help keep the mind agile and boost memory and concentration. I’ve long recommended card games and word puzzles as worthwhile pastimes to exercise the brain. Beyond that, I recommend taking on more challenging options such as learning a new language or taking up a musical instrument. If you use a computer, you’re familiar with the frustration of learning a new operating system. But this kind of challenge is exactly what is needed to force change on the brain’s neural network so that it will stay flexible and young.

The latest research on this subject comes from the University of Texas at Dallas, where researchers found that staying mentally sharp requires taking on unfamiliar and challenging activities that provide broad stimulation mentally and socially. For their study, the Texas investigators randomly assigned 221 adults, ages 60 to 90, to engage in a particular type of activity for 15 hours a week over the course of three months. Some were assigned to learn a new skill such as digital photography, quilting, or both. The researchers said these activities require active engagement and tap into working memory, long-term memory and other high level cognitive processes.

Another group was asked to listen to music and do word puzzles at home, as well as to report on the possible influence of social contacts. Participants in a third group focused on social interactions including organized field trips and entertainment with other members of the group.

After three months, the participants who were assigned to learn new skills showed improvements in memory while those in the other two groups did not. Study leader Denise Park reported that all the three groups were “pushed very hard to keep learning more and mastering more tasks and skills,” but that only the seniors in the group confronted with continuous and prolonged mental challenge improved, suggesting that engagement alone isn’t enough to sharpen memory. “It seems it is not enough just to get out and do something – it is important to get out and do something that is unfamiliar and mentally challenging, and that provides broad stimulation mentally and socially. When you are inside your comfort zone you may be outside of the enhancement zone,” Dr. Park said in a press release announcing the study results, which will be published in a forthcoming issue of the journal Psychological Sciences.

In addition to exercising your mind, I recommend exercising your body: 30 minutes of aerobic activity most days of the week increases the flow of blood to the brain and can lower the likelihood of Alzheimer’s by 30 to 50 percent.