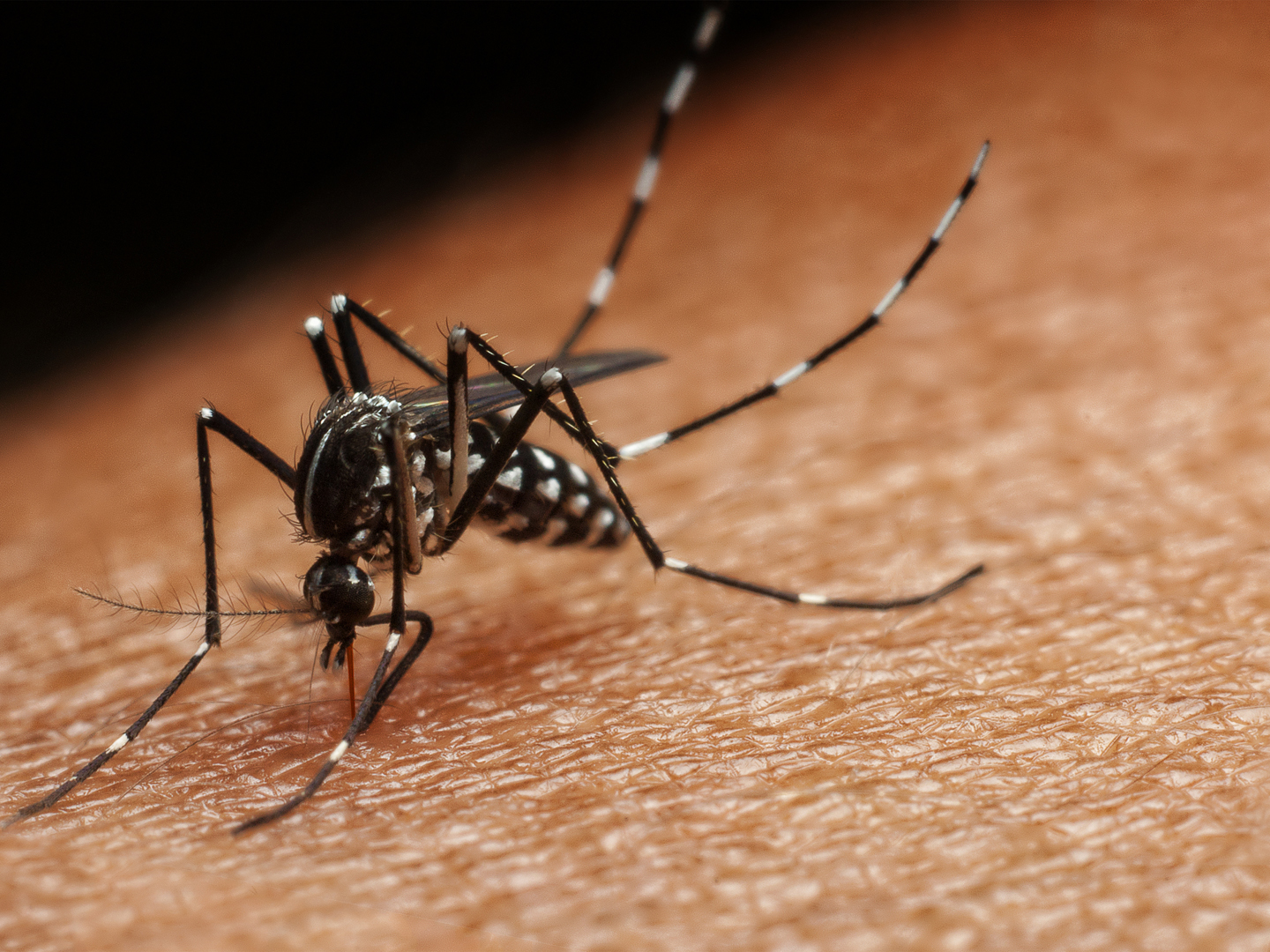 Mosquitoes bite humans to extract proteins from our blood, and they have a decided preference for people with type O blood. Most of us (about 85 percent) secrete a chemical signal through the skin that tells mosquitoes whether we have type O blood, type A or the least desirable (to them) type B. Overall, research has shown that mosquitoes prefer blood from those of us who secrete the chemical signal that reveals our blood type than those who don’t. Mosquitoes need human blood to develop fertile eggs, which explains why only the females of the species are the biters.

Mosquitoes are also inclined to zero in on those of us who exhale the most carbon dioxide – they’re capable of locating the source of carbon dioxide from over 160 feet away. The larger you are, the more carbon dioxide you exhale. This probably explains why little kids don’t get bitten as often as adults and why pregnant women, and people who are overweight or obese are likely mosquito magnets. Lactic acid, uric acid and ammonia contained in human sweat also attract the buzzing bugs, as do humans with higher body temperatures.

You may be able to avoid mosquitoes by wearing light-colored clothing; dark clothes signal that you’re bite-able. The bugs also take note of whether you’re standing still or moving around. Motion tells them you’re a living, and therefore promising, target.

Safely protecting yourself from mosquito bites takes some doing. Citronella, extracted from the leaves of a tropical Asian grass related to lemon grass, has a worldwide reputation as an insect repellent, but evidence for its effectiveness is lacking. Citronella oil goes into candles, lotions, sprays, soaps, and other products designed to banish pesky bugs. Although it’s considered quite safe, the undiluted oil can cause skin irritation, and may increase heart rate in some people.

A study published in the New England Journal of Medicine in 2002 found that products containing citronella oil protected against mosquito bites for under 20 minutes compared to more than five hours for products containing highly concentrated DEET, an effective repellent that I consider toxic and unpleasant. The least concentrated citronella products weren’t as effective as Skin So Soft Bath Oil (a skin moisturizing product that consumers have come to believe has significant repellent effects), which gave a mean of just 9.6 minutes of protection. Incidentally, the researchers also tested wristbands impregnated with DEET and citronella. None of them worked.

Natural insect repellents containing geraniol appear to be more effective and are my first choice. Neem oil and eucalyptus oil may also work better than citronella. Otherwise, your best bet is to stay indoors at dusk when mosquitoes are feeding, and make sure the screens don’t have any holes.