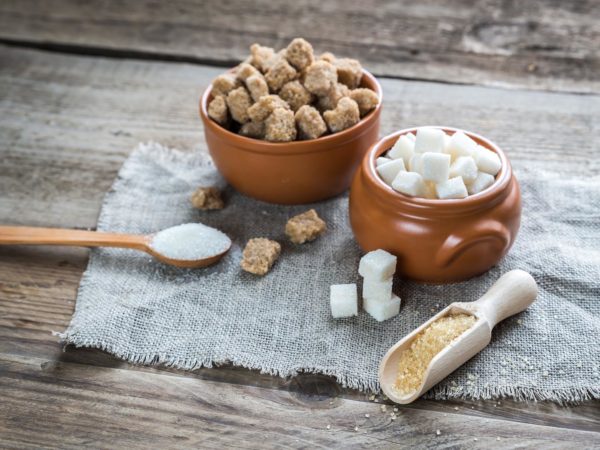 A study from the University of California, Davis, did report finding increased cardiovascular risk in young, healthy men and women who drank beverages sweetened with high fructose corn syrup (HFCS) for only two weeks. Here’s the story:

Researchers recruited 85 men and women ages 18 to 40 and divided them into four groups. One group was assigned to consume beverages containing no HFCS. (Instead, their drinks were artificially sweetened.) The other three groups were given beverages sweetened with different amounts of HFCS, comprising either 10, 17.5 or 25 percent of their total daily calorie requirements over the 15 days of the study’s duration.

At the beginning and end of the study, the investigators drew blood hourly from each participant to monitor changes in levels of lipoproteins, triglycerides and uric acid, all recognized indicators of risk for cardiovascular disease. The team found that as the dose of HFCS increased, the risk factors also increased, even among the participants whose drinks contained only the equivalent of 10 percent of their daily calories in the form of HCFS. The blood tests showed increased circulating concentrations of LDL (“bad”) cholesterol and triglycerides compared to levels seen when the study began. These increases were greater in men than in the women and were independent of weight gain.

The investigators said their study is the first to show a direct, “dose-dependent” relationship between the amount of added sugar in sweetened beverages and increases in specific risk factors for cardiovascular disease. They also noted that their findings reinforce evidence from an earlier epidemiological study showing that the risk of death from cardiovascular disease rises as the amount of added sugar in the diet increases. We know from previous research that drinking sodas is associated with an increased risk of metabolic syndrome, a cluster of risk factors that can quadruple the chances of having a heart attack over the next 10 years.

Another newly published study sheds some light on why we consume so much sugar. Researchers at the U.S. Department of Agriculture recruited 19 women to drink beverages sweetened either with aspartame or 25 percent sucrose (table sugar) for 12 days. Before and after the test, the researchers measured their participants’ levels of cortisol, a stress hormone. They also performed functional MRIs while the women took math tests devised to be tough for them, causing stress capable of boosting cortisol. The result of this experiment was that after the math challenge, cortisol levels were lower in the women who consumed sugar and higher in those whose drinks were sweetened with aspartame, although cortisol levels had been the same in both groups at the outset. Study leader Kevin D. Laugero, a USDA nutritionist, said in a press release accompanying publication of the study that “this is the first evidence that high sugar – but not aspartame – consumption may relieve stress in humans,” and thus trigger its “habitual overconsumption . . . and amplify sugar’s detrimental health effects, including obesity.”

Kevin D. Laugero et al, “Excessive Sugar Consumption May Be a Difficult Habit to Break: A View From the Brain and Body.” The Journal of Clinical Endocrinology & Metabolism, DOI: http://dx.doi.org/10.1210/jc.2014-4353