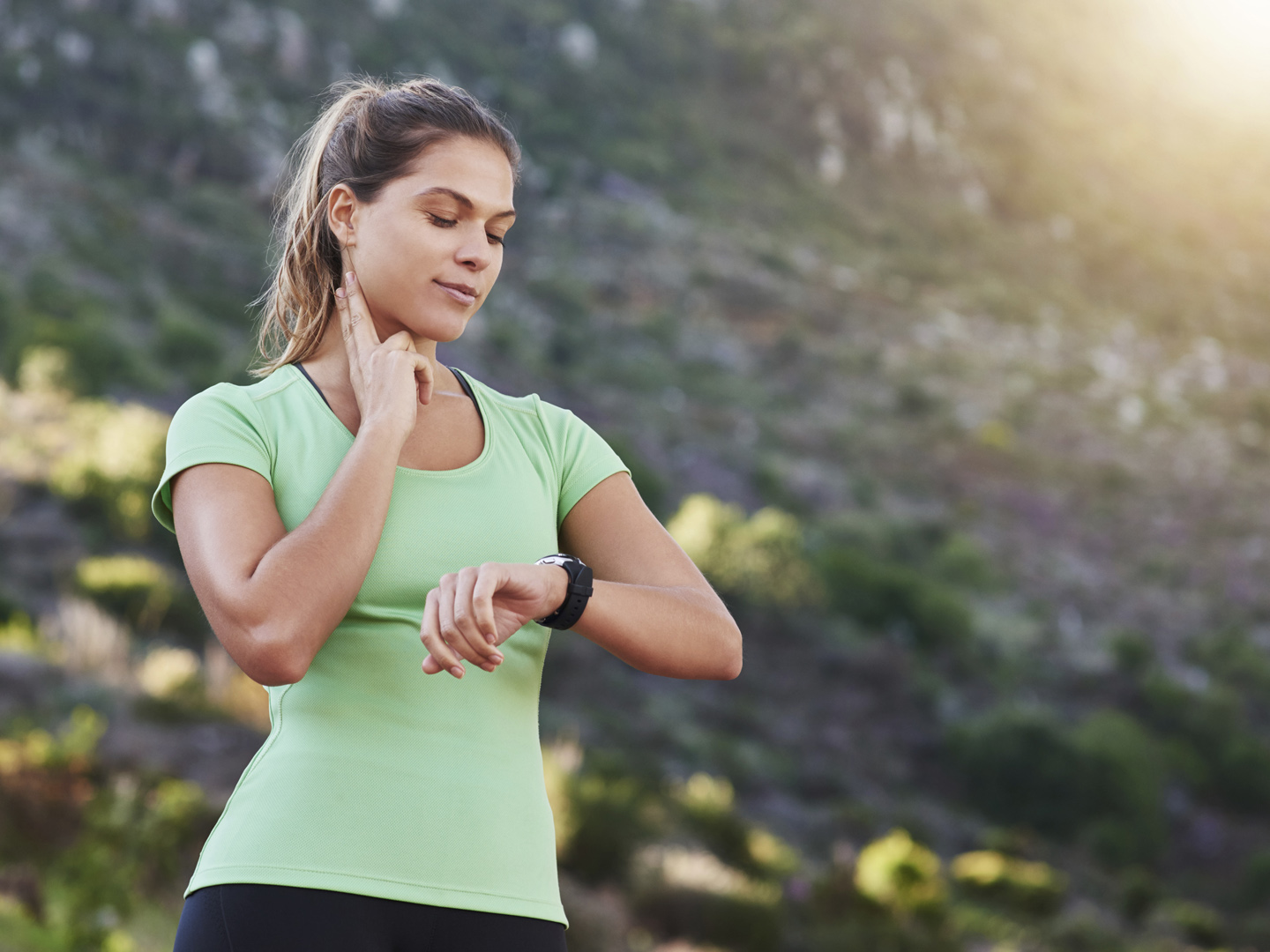 The normal adult pulse rate ranges from 60 to 100 beats per minute (bpm). The heart beats faster during and after exercise, but nervousness can also speed it up. If your pulse rate is elevated whenever you see your doctor for instance, anxiety could be to blame.

The pulse rate you’re concerned about is in the high-normal range, but may warrant seeing your physician, especially if you’re worried about it. Pulse rate can be influenced by a number of different factors – fever and dehydration are two that seem unlikely here. But an overactive thyroid could be a cause. So could too much caffeine in your diet.

You don’t say whether you exercise regularly. Regular aerobic activity trains the heart to beat more efficiently; that is, more slowly and with greater force. Of course, exercise has many other health benefits as well.

Some new evidence suggests that a high resting heart rate could lead to heart attacks. Investigators in Norway followed more than 50,000 healthy adults for eight to 10 years and found that with each increase of 10 bpm resting heart rate a woman’s risk of dying from a heart attack rose by 18 percent up to the age of 70 (for men the increased risk was 10 percent). However, women in the study who reported higher levels of physical activity had a lower risk of dying from heart disease, regardless of the speed of their resting heart rate. Among the most active, even a heart rate above 87 bpm did not lead to a significant increase in heart attacks. The study is the first to examine the combined effect of pulse and exercise on fatal heart attacks. It was published online January 12, 2010, in the Journal of Epidemiology and Community Health.

You can also try to slow your heart rate via breathing and relaxation techniques, by practicing other mind/body therapies such as biofeedback, or by taking supplemental calcium and magnesium. For women, start with 100 mg of magnesium (citrate, glycinate, or chelate) and increase the dose up to 350 mg daily. If you find that the magnesium has a laxative effect, take calcium (citrate) along with it (the dosage should be twice the amount of magnesium but no more than 700 mg a day).

If your heart rate creeps up and regularly exceeds 100 bpm, your physician might prescribe a beta blocker, a drug that can slow heart rate by blocking the effects of the “fight or flight response” (i.e., sympathetic nervous system stimulation).