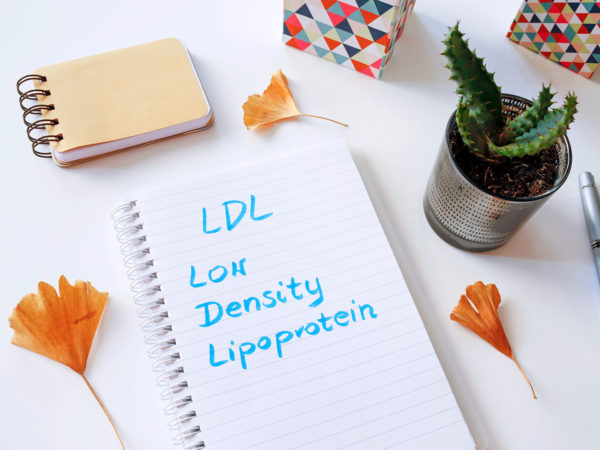 LDL is known as “bad” cholesterol because it is the form of cholesterol that travels from the liver throughout the body, potentially allowing it to be deposited in artery walls. A desirable level of LDL is thought to be less than 100 milligrams per deciliter (mg/dL). Levels between 139 and 150 mg/dL are considered borderline high, those between 160 to 189 mg/dL are viewed as high, while levels above 190 mg/dL are classed as very high. Maintaining low LDL (under 100 mg/dL) is recommended to reduce the risk of heart attack or ischemic stroke (one that occurs when a blood vessel in the brain becomes blocked by a blood clot).

Research published in July (2019) has found that extremely low LDL levels may increase the risk of hemorrhagic stroke (caused by rupture of a blood vessel in the brain). These represent about 13 percent of all strokes.

The normal range for LDL is 70 to 99 mg/dL. The new findings come from a nine-year study that included 96,043 participants living in Tangshan, China, none of whom had a history of stroke, heart attack or cancer when they enrolled. Their LDL cholesterol levels were checked when the study began and every two years afterwards for nine years. Results showed that when LDL dropped to between 50 69 mg/dL the risk of hemorrhagic stroke increased by 65 percent. For those whose LDL levels fell below 50 mg/dL the risk increased by 169 percent. LDL levels above 100 mg/dL were not significantly associated with hemorrhagic stroke. The study controlled for age, sex, education, income, diabetes, hypertension and other variables.

Study leader Xiang Gao, associate professor of nutritional sciences at Penn State, said in a press release that individuals at high risk for hemorrhagic stroke due to family history or risk factors such as high blood pressure and heavy consumption of alcohol “may want to be extra careful about LDL cholesterol levels.” He noted that an LDL level of 100 mg/dL has been considered optimal for the general population and that achieving lower levels are recommended for individuals at elevated risk of heart disease. He suggested that the new findings may help refine and personalize recommendations for ideal target cholesterol levels.