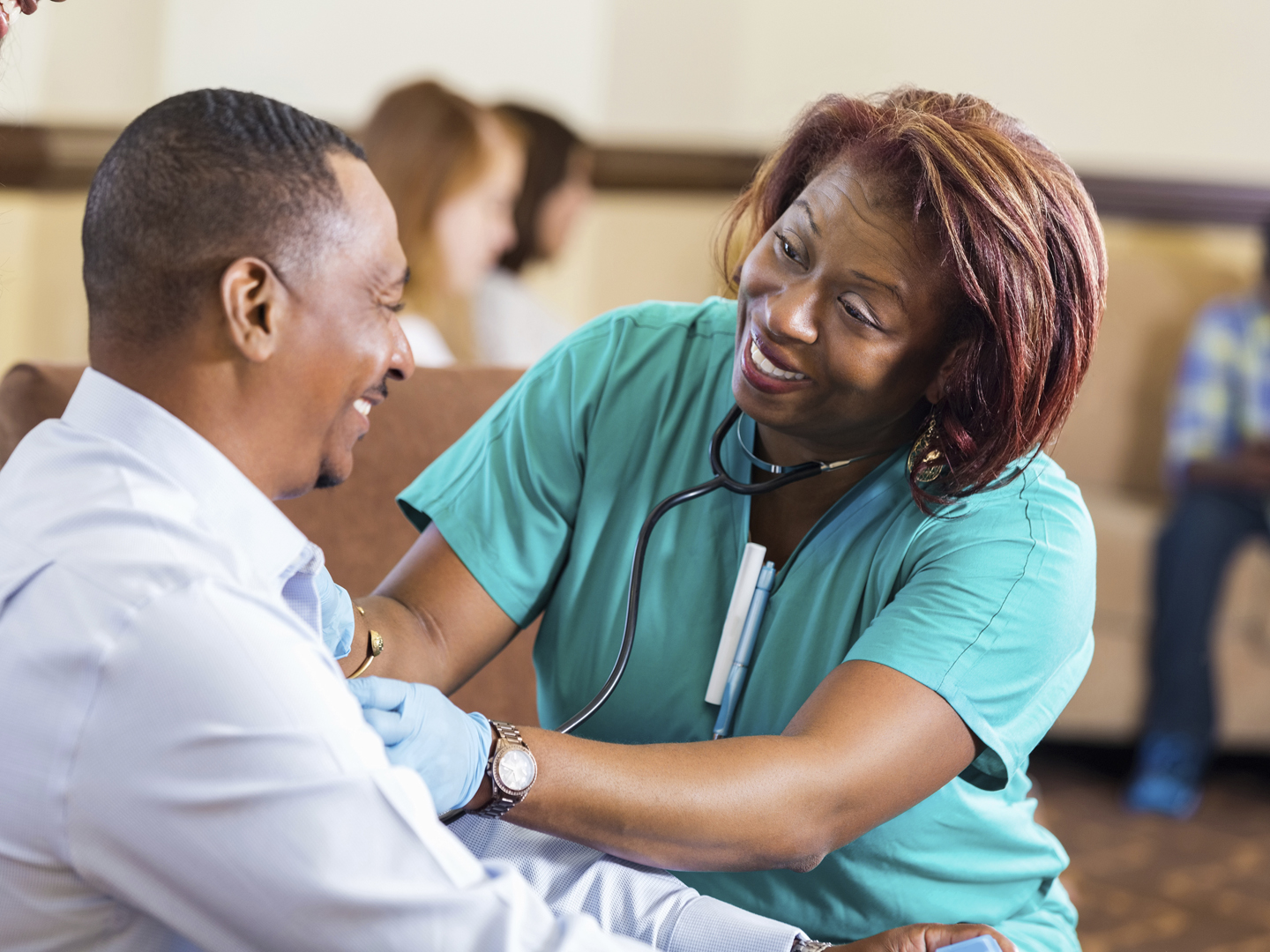 Hypertension (high blood pressure) is the most common form of cardiovascular disease in the United States, affecting nearly one in three adults. High blood pressure is a threat because it makes the heart work harder, increasing its oxygen demands and contributing to angina (chest pain related to heart disease). Unchecked, high blood pressure increases the risk of heart attacks, stroke and kidney disease. Some people can lower and control their blood pressure with healthy lifestyle measures – losing weight if necessary (even a 10 percent weight loss might do the trick), quitting smoking if that’s an issue, limiting intake of caffeine (in coffee, tea and sodas) and alcohol, all of which can contribute to the problem, as well as cutting back on salt (processed foods are the biggest sources of sodium in today’s western diet) and practicing relaxation methods.

The last of these may be the most important, yet doctors often fail to emphasize the importance of learning how to relax the involuntary nervous system, which controls the tone of blood vessels. Meditation, yoga, breathing exercises, and biofeedback training can all help. I recommend that you also check out a simple device called RESPeRATE (www.resperate.com) that teaches you to lower your blood pressure by changing your breathing patterns. If you’ve made and are maintaining these lifestyle changes, you might then try to cut down on your blood pressure medication. Do so gradually, and be sure to monitor your pressure at home – at least 2-3 times a day, both when you are calm and when you are not -to make sure that it doesn’t start to rise. If it does, you’ll have to return to the usual dosage of your medication. It would be best to make these changes under the supervision of your physician so you will not be alone in your efforts.

A large study from the U.S. Centers for Disease Control and Prevention (CDC) published in the May 4, 2007 issue of Morbidity and Mortality Weekly Report found that while most Americans who have high blood pressure are trying to bring it under control, 70 percent of them have failed. The CDC researchers collected information on more than 101,000 people and found that of the nearly 25,000 who had high blood pressure, 98.1 percent said they were doing at least one thing to lower it: nearly 71 percent said they had changed their eating habits; 79.5 percent said they had reduced or eliminated the salt in their diets; 79.2 percent either didn’t drink or had cut back on alcoholic beverages; 68.6 exercised and 73.4 were taking medication. But the study showed that those efforts paid off in only 30 percent of all cases.

If you have a family history of hypertension, lifestyle measures may not be enough to keep your blood pressure under control – you probably will need some medication. But no one should depend on drugs alone. A healthy lifestyle, including relaxation practice, is also key to keeping blood pressure in the safe range.