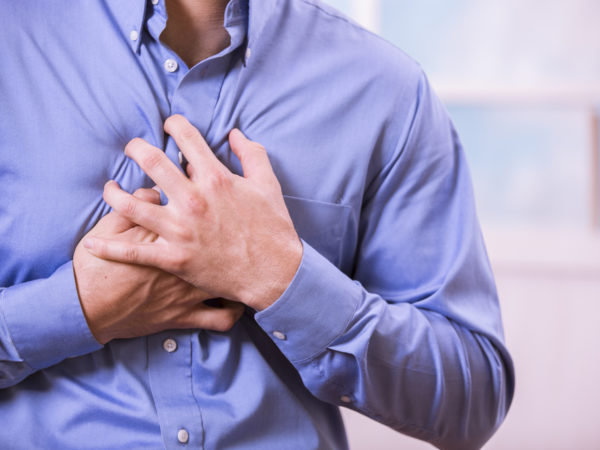 New research makes a connection between engaging in strenuous exercise when you’re upset or angry and having a heart attack within the hour. This new risk was determined by a large international analysis involving data on more than 12,000 patients. Results showed twice the risk of having a heart attack within an hour of being angry or emotionally upset or of exercising strenuously. It also found that the heart attack risk triples after engaging in strenuous exercise while you’re angry or emotionally upset.

Researchers from Canada’s McMaster University and the HRB Clinical Research Facility in Galway, Ireland looked at information from 12,461 patients (average age 58) in 52 countries who had suffered a first heart attack. All the patients completed a questionnaire asking if they had been exercising, emotionally upset or both in the hour before their symptoms began or in the same one-hour period the day before their heart attack. The investigators said that strenuous exercise, anger, or emotional upset appeared to independently increase the risk of having a heart attack beyond the influence of such established risk factors as age, smoking, obesity, high blood pressure and other health problems.

Earlier studies had looked at these heart attack triggers but the investigations were much smaller or took place in only one country, said lead researcher Andrew Smyth, M.D., Ph.D. in a press release that accompanied publication of the report. He noted that the new investigation is the first to represent so many regions of the world and most of the world’s ethnic groups.

Strenuous exercise and being emotionally upset can raise your blood pressure and heart rate, changing patterns of blood flow and reducing blood supply to the heart. This is particularly important when blood vessels already are narrowed by plaque.

Since regular exercise can prevent heart disease, no one is suggesting that you give it up to avoid a heart attack. But Dr. Smyth and his colleagues did recommend not going beyond your normal exercise routine to extremes of activity when you’re angry or upset and want to blow off steam.

Taking a brisk walk or run or lifting weights can improve your mood, but these new findings suggest that you shouldn’t overdo a workout when you’re upset, particularly if you have any of the heart attack risk factors mentioned above. Bear in mind that while exercise is a great way to burn up excess energy and dissipate tension, it does not necessarily teach you how to process emotional stress differently. Breathing exercises or visualization can help with that. Or you might substitute a yoga session for your aerobic or weight-training workout when you’re stressed. Yoga not only promotes relaxation but is also a good form of body conditioning that perfectly complements the aerobic exercise you can (and should) engage in when you’re in a calmer mood.