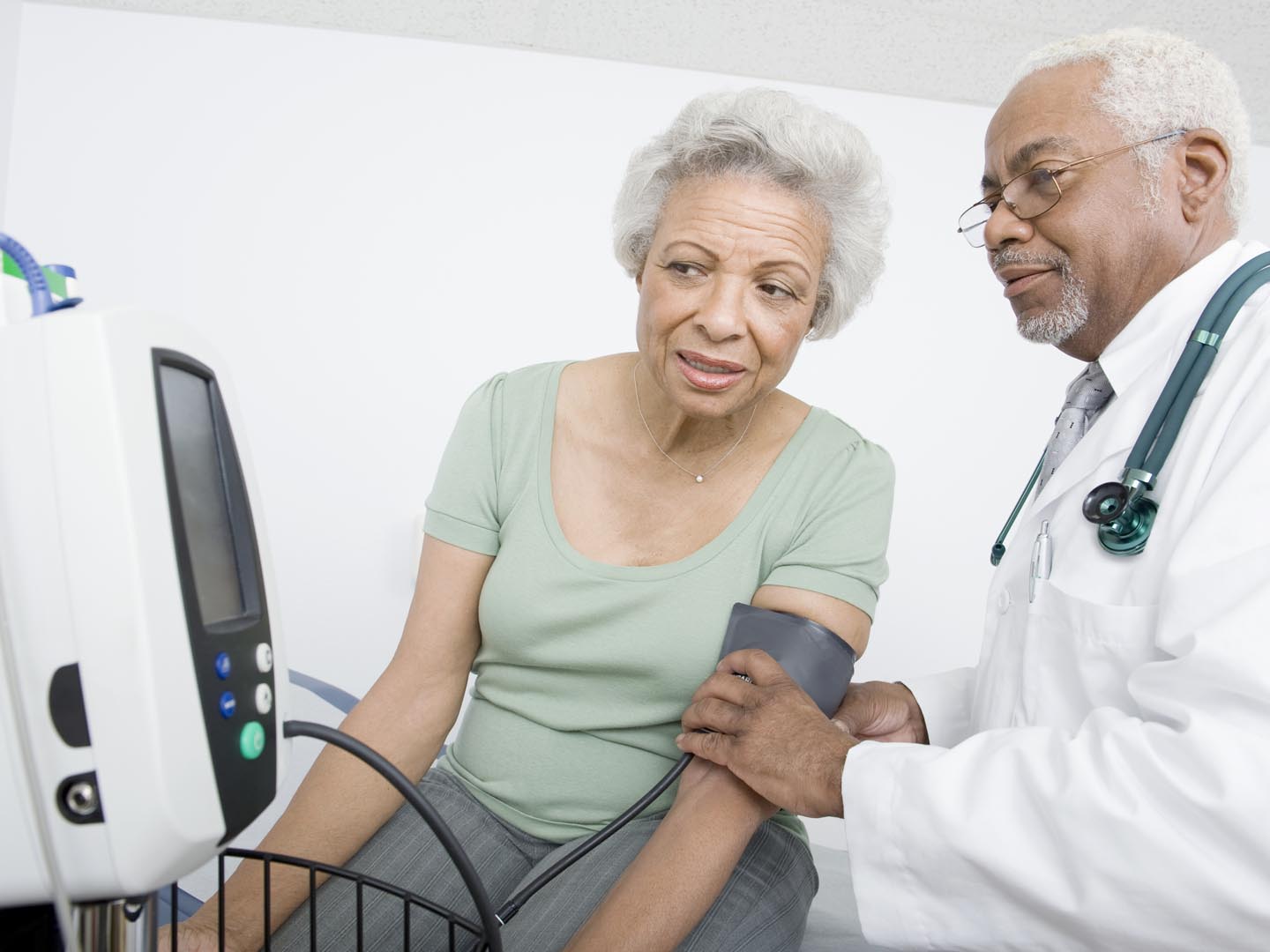 In theory, the blood pressure monitors available in drugstores and other retail establishments are a good idea. They give people who don’t regularly visit a physician an opportunity to check their blood pressure periodically, and they give individuals who are being treated for high blood pressure opportunities to check their numbers over time if they don’t have a monitor at home. Several investigations have shown that the drugstore monitors are popular. Researchers from the University of North Carolina published a study in 2008 demonstrating that public monitors were frequently used, most often by younger patients and individuals with only a high school education.

The trouble is the accuracy of the machines. Studies have found, as you have, that they’re not reliable. One reason is that to work properly these machines must be recalibrated periodically, and you can’t know if this is being done on schedule. Another is that the blood pressure cuff used on many machines is too small for 37 percent of the general population and about 50 percent of individuals who are hypertensive. For accuracy, the inflatable part of the cuff should cover 80 percent of the upper arm.

Another important issue is the fact that the devices don’t connect people whose readings are too high or too low with physicians.

A report in American Family Physician in March 2005 noted that in one study a device overestimated systolic hypertension (the top number in a blood pressure reading) and classified 23 percent of individuals with normal blood pressure as hypertensive. This same device misclassified as “normal” 16.4 percent of patients whose high blood pressure had previously been confirmed.

Given all this, it isn’t surprising that you got wildly varying numbers on repeated checks of your blood pressure with a drugstore machine. Bear in mind, however, that true blood pressure can change from minute to minute, although the variations shouldn’t be dramatic. In general, blood pressure is highest first thing in the morning and after physical activity. Ideally, it should be measured after five minutes of sitting comfortably. These are the conditions physicians  rely on to determine whether or not you need treatment for hypertension.

If you’re concerned about your blood pressure, I recommend buying a home monitor. These devices are generally accurate, but it is a good idea to take a new one to your next doctor’s appointment to see how its measurement compares to the physician’s. Home blood pressure monitors sell for $50 to $100 and can be very helpful in keeping track of your pressure, the impact of lifestyle changes designed to bring your numbers down, and the effects of any medication you may take.