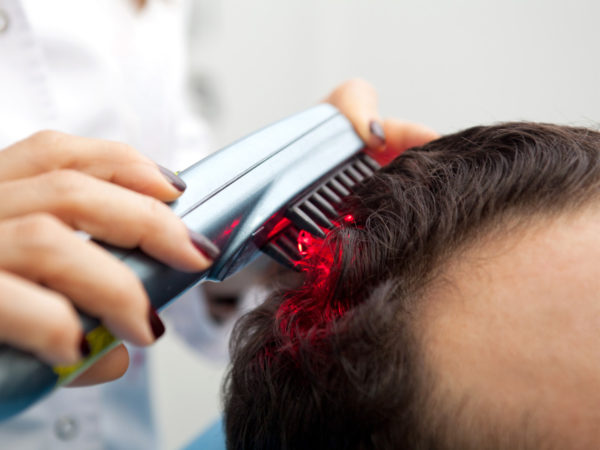 Laser therapy – also known as low-level laser therapy – may help regrow lost hair in both men and women, but their long-term benefits are still being investigated. Laser devices to stimulate hair growth include, combs for use a few times a week, as well as caps you wear daily for 20 to 30 minutes. The lasers are believed to work by stimulating hair follicles to produce new growth. Whether or not the treatment is as effective as other presently available methods is unclear. These include the popular drug, minoxidil (brand name: Rogaine), a foam applied directly to the scalp, which is available for both men and women without a prescription. It may take several weeks to see a difference, and new hair may be shorter and thinner than normal hair but is sufficient to hide bald spots. Another drug, finasteride (brand name: Propecia), comes in pill form and is available only by prescription. It is indicated for men only, as it poses a serious danger to women of childbearing age: it can cause birth defects. Both of these drugs stop working if you don’t keep using them.

By the way, a recent study from the University of Pennsylvania’s Perelman School of Medicine (published online on June 7, 2017) found that women are charged an average of 40 percent more per ounce for Rogaine even though the drug strength of the women’s version is the same as the men’s. Both contain the same inactive ingredients. The researchers recommended that women buy the male version to take advantage of the lower price.

The largest investigation of laser treatments for hair growth was a randomly controlled, double blind study enrolling 146 men and 188 women who used either a laser comb or a sham device three times a week for 26 weeks. The researchers reported a statistically significant increase in hair density among both men and women who used the laser comb. However, the team found that while the hair regrowth that occurred was comparable to that seen in short-term trials with Rogaine, it did not measure up to the regrowth seen in one-year trials of the drug. The investigators concluded that more studies are needed to determine the long-term effectiveness of the laser comb treatment as well as how long users can expect results to last. No serious adverse effects turned up in this trial, although some users reported some tingling or itching of the scalp.

Manufacturers of laser products sold directly to consumers, at prices ranging up to $800, emphasize that their devices have FDA clearance. That’s a designation that is quite different from FDA approval, which requires proof that a device (or drug) is safe and effective before it is marketed and sold. To get FDA clearance, a manufacturer only has to submit an application showing that a product is “substantially equivalent” to one already on the market. 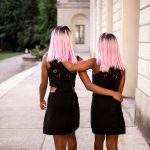 Can Hair Dye Cause Cancer?