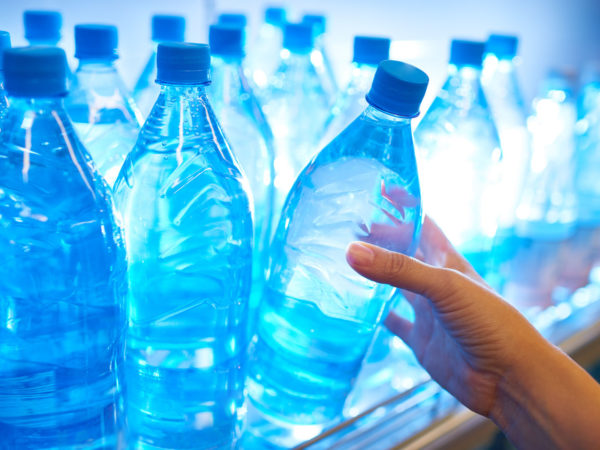 Pancreatitis is an inflammatory condition that occurs within the pancreas, a large and important organ located behind the stomach and connected to the first part of the small intestine known as the duodenum.

The pancreas has two main functions: supplying enzymes that help to digest proteins, carbohydrates and fats in the small intestine, and secreting hormones that regulate the body’s metabolism of sugar. Under normal circumstances, the pancreatic enzymes that digest food become activated when they leave the pancreas and reach the duodenum; however, under abnormal circumstances such as pancreatitis they can become activated inside the pancreas and start “digesting” the gland itself, causing tissue injury and inflammation.

Pancreatitis can be an acute condition, appearing suddenly and lasting only a few days or it can become chronic, developing gradually and persisting over many years. Mild attacks of acute pancreatitis often improve on their own or after simple dietary changes, but more severe cases may require immediate medical attention to avoid fatal complications. Recurrent attacks or ongoing, long-term inflammation can cause permanent destruction of the organ along with a multitude of medical problems.

What are pancreatitis symptoms?

The most common pancreatitis symptom is abdominal pain, occurring either in discrete episodes that last hours to days, or continuously for months or even years.

Acute pancreatitis comes on suddenly, usually with mild to severe pain in the upper abdomen that may radiate to the back and occasionally to the chest. Pain often worsens when drinking alcohol or eating. In addition to pain, other pancreatitis symptoms include nausea and vomiting, fever, and a swollen, tense abdomen. Some individuals with chronic pancreatitis may experience little to no discomfort; however, most people have intermittent bouts of abdominal pain that can be severe, even constant. Diarrhea may also occur with greasy stools (steatorrhea) as digesting fat becomes difficult. Since pain is frequently brought on by eating and drinking, appetite may decrease with accompanying weight loss and potential dehydration.

A number of complications can occur from severe or repeated bouts of pancreatitis. As pancreatic tissue is damaged, it becomes more susceptible to bacterial infection by organisms that originate in the small intestine and spread into ducts or the pancreas itself. This can lead to high fevers, abscess formation, septic shock and ultimately organ failure if the infection is not contained or controlled in time. A pancreatic pseudocyst can form as a result of fluid and tissue debris collecting within the pancreas or in an obstructed duct. If large enough, these may also become infected, bleed, or cause pain as they press on neighboring structures, and require surgical drainage.

Chronic pancreatitis can produce the same complications as an acute process in addition to damaging blood vessels that surround the pancreas, which can lead to potentially fatal bleeding. Other potential long-term problems include malnutrition, weight loss, long-term addiction to pain medications and pancreatic cancer, as a result of chronic inflammation and cellular change. Diabetes may also be a late complication as pancreatic function declines.

What are the causes of pancreatitis?

Most of the pancreas is composed of cells that produce digestive enzymes. These cells are arranged in clusters that are connected to a series of small ducts. Pancreatic enzymes and juices flow from the cells and minor ducts into the main pancreatic duct, leading to the duodenum. The pancreas also contains small “islands” of hormone-producing cells called the islets of Langerhans, which secrete insulin and glucagon, along with somatostatin – hormones that primarily regulate blood sugar metabolism.

A combination of environmental and genetic factors likely plays a role in the development of most cases of pancreatitis. Nevertheless, long-term alcohol abuse remains one of the leading causes. Alcohol triggers the release of pancreatic enzymes sooner than normal as well as increasing the permeability of the smaller ducts within the pancreas, causing digestive juices to leak into healthy tissue and damaging it in the process. Excessive levels of alcohol also can cause small stones or protein plugs to form within the ducts, blocking passage of these enzymes out of the pancreas and into the intestine. It is not clear in every instance just how alcohol affects the pancreas and there certainly seems to be a genetic link in that not all alcoholics get pancreatitis, but alcohol is certainly a dominating factor.

Gallstones are also a leading cause of acute pancreatitis. They form when a chemical imbalance causes bile from the liver to solidify. Gallstones are sometimes small enough to migrate from the gallbladder, where bile is stored, to the common bile duct, which merges with the pancreatic duct near the entrance to the small intestine. As stones block the pancreatic duct, they cause pancreatic enzymes to activate and create the digestive process that injures healthy tissue.

Other factors that can contribute to pancreatitis include increased levels of fats called triglycerides (hyperlipidemia) in the blood as well as high levels of calcium (hypercalcemia); and certain medications, including corticosteroids and nonsteroidal anti-inflammatory drugs, blood pressure lowering drugs (thiazides), antibiotics such as tetracyclines and sulfonamides, along with immune-suppressive drugs. Abdominal surgery, structural abnormalities of the duct system within the pancreas and gall bladder and abdominal trauma, which can compress the pancreas against the spine, can also make one more susceptible to pancreatitis. Finally, viral infections, including mumps, hepatitis and infectious mono; bacterial infections, and pancreatic cancer (which may obstruct the flow of pancreatic enzymes due to tumor growth) can all be contributors. Cystic fibrosis and a hereditary form of pancreatitis are examples of inherited diseases that are linked to an increased risk of pancreatic damage.

Mild cases of acute pancreatitis generally improve in a week or less. Moderate to severe cases take longer and typically require hospitalization with the goal of resting the digestive tract and pancreas, allowing digestive enzymes to subside, and controlling pain. This is done by not eating or drinking for at least a few days, receiving intravenous fluids and pain medications, and usually having a feeding tube passed into and beyond the stomach, small intestine and pancreas to ensure proper nutrition without activating digestive enzymes. If gallstones block the pancreatic duct, a procedure to remove the stones may need to be performed or your doctor may ultimately recommend that the gallbladder be surgically removed, especially if gallstones continue to pose problems. Complications may require more intensive treatment and observation within the hospital.

The main goals of conventional treatment for chronic pancreatitis are to help stop alcohol and drug abuse and improve digestive health as well as focusing on adequate pain relief and nutritional support. This may include taking pancreatic enzyme supplements to aid digestion, which help by increasing levels of digestive enzymes in the stomach and intestine so that the pancreas doesn’t have to work as hard.

For severe, chronic pain from pancreatitis that can’t be controlled, conventional treatment options include surgery to remove damaged tissue or procedures to block pain signals or deaden the nerves transmitting the pain. Regarding alcohol dependency, simply stopping alcohol consumption may be the most important step in relieving pain during the early stages of the disease. However, as pancreatitis becomes more chronic, continued use of alcohol greatly increases the risk of complications and death, and should be avoided at all costs.

What therapies does Dr. Weil recommend for pancreatitis?

Although pancreatitis isn’t always preventable, you can take steps to help reduce your risk. A low-fat diet usually is recommended to help avoid pancreatitis, and eating several small meals may be preferable to three larger ones. Keeping well hydrated is also important since, with this condition, dehydration can lead to pain. It’s a good idea to carry bottled water with you and to drink frequently throughout the day. Once you’re thirsty, you may already be dehydrated.

Avoiding excessive alcohol (and finding integrative solutions to treat dependence) is a priority as is stopping smoking, since tobacco use is also linked to an increased risk of pancreatitis, especially when combined with alcohol consumption.

As far as pancreatitis diet tips, when pain flares up, you may be better off avoiding food or sticking to clear liquids such as broth; apple, cranberry or grape juice; or gelatin. In general, it is a good idea to stick to foods that are low in protein, avoid anything that is highly spiced and try to avoid any food that triggers pain.

As is true with other chronic diseases, living with pancreatitis can cause emotional ups and downs. Here are some other tips for dealing with those challenges:

Keep in mind that your physical health can impact directly on mental health. Denial, anger and frustration are common with chronic illnesses. At times, you may need more tools to deal with your emotions. Professionals such as therapists or behavioral psychologists may be able to put things in perspective.

They can also teach coping skills for pancreatitis, including relaxation techniques that may be quite helpful. Dr. Weil suggests experimenting with mind-body techniques such as hypnosis or guided imagery. With proper training, these methods can help one quickly enter deep states of relaxation and can be an alternative remedy for controlling pain, nausea, and stress-induced cravings.