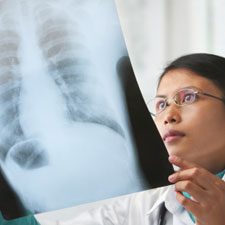 Valley fever is an infection – usually of the lungs – caused by the fungus, Coccidioides immitis, which lives in the soil of dry, low-rainfall areas in the southwestern United States and northwestern Mexico. The medical term for the condition is coccidiodomycosis. You can contract it by inhaling microscopic fungal spores that become airborne when soil is disturbed by construction, wind, or other factors.

Valley fever is common here in Arizona as it is in parts of California, Nevada, New Mexico and Utah. The U.S. Centers for Disease Control and Prevention (CDC) describes valley fever as a "silent epidemic" because the number of cases has been increasing by about 15 percent per year, from 2,265 in 1998 to more than 22,000 in 2011, without a corresponding elevation of public awareness. The overall increase may be even larger because some states, including Texas, do not require public reporting of confirmed cases. Valley fever is endemic in Texas along the Rio Grande.

Many people in the southwest are exposed to valley fever (and develop a positive skin test as a result) but have no symptoms. Others have transient, mild symptoms, resembling those of a cold, that go away without treatment. Fewer develop flu-like symptoms that may last for weeks to months. Some cases turn into chronic pneumonia and in a very small proportion of people affected, the infection can spread from the lungs to the rest of the body and cause more severe conditions, including meningitis.

Often the problem is misdiagnosed and proper treatment delayed unless physicians are alert to the possibility of "cocci." The New York Times reported in July 2013 that every year 160 people die from valley fever infection and quoted a Bakersfield, Calif., physician who described it as "a hundred different diseases," depending on where in the body the infection rests. Fortunately, the disease cannot spread from person to person.

Those at highest risk for spread beyond the lungs include seniors over 60, African Americans, Asians, pregnant women (particularly those in their third trimester), and people with weakened immune systems including those with HIV/AIDS and organ transplant patients on immunosuppressive medications. No one knows why some racial groups are at higher risk than others.

We may not know the full scope of valley fever because some physicians don’t think of testing for the infection in patients with common flu-like symptoms (fever and cough, fatigue, headache, rash, muscle aches and joint pain). A 2010 survey by the New Mexico public health department revealed that 69 percent of clinicians responding did not consider valley fever in patients with respiratory problems. If you live in an area where the fungus is found (or have recently visited one of these areas) and develop persistent flu-like symptoms, be sure to ask your physician to test you for cocci.

When one of these infections leads to pneumonia or other breathing problems, treatment typically is with Diflucan (fluconazole), a strong prescription antifungal drug. Side effects can include nausea, vomiting or abdominal pain, diarrhea, headache, or rash. More drastic treatment is needed in cases where the infection becomes generalized and potentially life-threatening.

The best way to deal with valley fever would be a vaccine to prevent it. However, efforts have stalled, reportedly for lack of money and lack of interest on the part of the large pharmaceutical firms because of valley fever’s official status as an "orphan" (rare) disease.