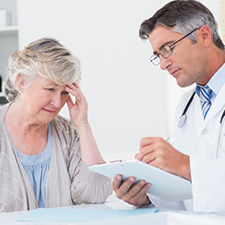 The issue of misdiagnosis is tricky. The U.S. Institute of Medicine (IOM) addressed it in a report issued in September 2015, ominously concluding that “most people will experience at least one diagnostic error in their lifetime, sometimes with devastating consequences.” The authors cited autopsy research spanning decades showing that diagnostic errors contribute to approximately 10 percent of patient deaths, and medical record reviews suggesting that these errors account for 6 to 17 percent of adverse events in hospitals.

The causes of diagnostic errors identified in the IOM report range from inadequate collaboration and communication among physicians, patients, and their families; a health care work system that is not well designed to support the diagnostic process; limited feedback to clinicians about their diagnostic performance; and a medical culture that discourages transparency and disclosure of diagnostic errors.

One of the biggest problems has to do with money – the willingness of insurance companies to pay for procedures such as MRIs but not for the time physicians need to consult with colleagues about puzzling cases or talk to patients and their families who could provide valuable insight on the problem. Writing in the New York Times, Danielle Ofri, M.D., a physician at Bellevue Hospital and an associate professor of medicine at N.Y.U. School of Medicine, acknowledged that mention of reimbursement “might reinforce the stereotype that doctors only care about money.” But in hard reality, she explained, if it is not reimbursed, it is hard to get done because there are only so many hours in a day. “As a time-pressed clinician, it would be faster, easier and more lucrative for me to simply order the MRI than to actually think about my patient’s case,” she wrote.

Dr. Ofri praised the Institute of Medicine for “recognizing that diagnosis is often a team sport and that time spent analyzing a case is as critically important as tests and procedures.”

Unfortunately, the report didn’t include a recommendation for changes in the reimbursement system to encourage discussion among colleagues when a diagnosis is in doubt.

Another problem: often clinicians don’t know they have made a mistake because they may get little or no feedback from patients. This may be because patients tend to move on if dissatisfied with treatment.

Also to be reckoned with is the tendency among physicians to keep quiet about diagnostic errors, near misses and adverse events because of the fear of being sued or disciplined. Nobody likes to confess to an error, but to cut down on the rate of misdiagnosis, physicians need what the IOM report called a “safe environment” to analyze and learn from these mistakes.

Much of what is wrong hinges on lack of communication between doctors, their colleagues and their patients. Given the complexity of our health care system, that may not be so easy to fix.