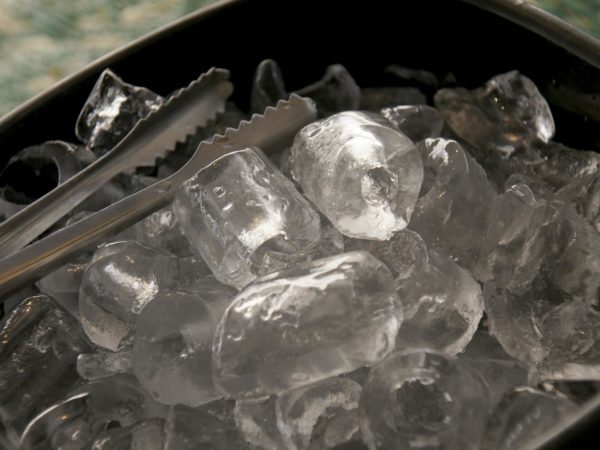 Chewing on ice is a variant of pica, an eating disorder characterized by craving and eating non-food items as diverse as dirt, glue and hair (and worse). While pica is typically seen in young children, it also occurs in adults.

The specific compulsion to chew ice is called pagophagia and has been associated with pregnancy, iron deficiency anemia and, sometimes, other nutritional problems. We don’t know why it occurs among pregnant women or why individuals with iron deficiency anemia crave and habitually chew ice. One study suggested that the ice may relieve the pain of glossitis, an inflammation of the tongue that can be a sign of iron deficiency. Research also suggests that ice tastes better to people who are iron deficient. However, pica can also be a symptom of stress, emotional upset, obsessive-compulsive disorder and, in children, a developmental disorder.

Don’t start taking iron supplements on the theory that your underlying problem is a deficiency of this mineral. Instead, see your physician for a blood test to determine whether you have it. With the exception of menstruating women and individuals who have had a significant blood loss, no one should take supplemental iron except when advised to by a physician after blood tests reveal iron deficiency anemia. Too much iron is not good for you. Because it is one of the few minerals we cannot eliminate, it can accumulate in the body, and, being a strong oxidizing agent, can increase the risk of cancer and damage the heart and the arteries. Most people get adequate iron from their diets – there’s plenty in red meat, beans, lentils, millet, chickpeas, dark, leafy greens, molasses, dried apricots, dried peaches, pumpkin and sunflower seeds, pistachios, walnuts, almonds, scallops, clams, oysters, soybeans, and many other foods.

If you learn that you are not deficient in iron, you might consider cognitive behavioral therapy, which can help overcome pica.